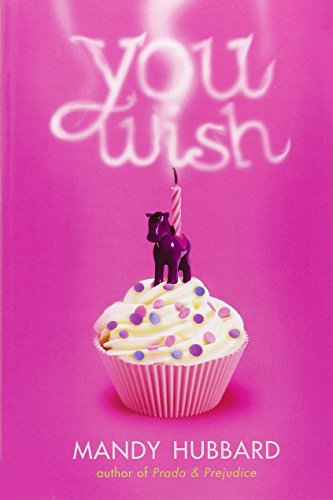 You Wish is a whimsical twist on the movie Sixteen Candles with the hilarity of Liar Liar in a birthday wish scenario.

Kayla McHenry has a typical high-school life full of stress and many misunderstandings. She is in love with Ben, who is the boyfriend of her best friend, Nicole. For years she has loved Ben but has never shared her feelings for him with anyone, including Nicole. Having to be around Nicole and the boy she loves gets to be unbearable, but the promise of Nicole spending more time with her brings Kayla hope. Nicole is her best friend, her other half that makes her life a little more bearable, and she does not want a boy to come between their friendship.

But Kayla soon realizes that everyone changes; even Nicole is beginning to go her own way, leaving Kayla in the dust. At her sweet 16 party, Kayla is left with much disappointment: not only does Nicole not show up because of her date with Ben, but her mother throws her a party she doesn’t really want so she can impress some clients. It is a total disaster. It is then, in front of a bunch of strangers, that she makes a birthday wish: She wishes that all her birthday wishes actually came true.

The following day strange things begin to happen. She finds a large, bright pink My Little Pony walking around in her backyard. For the next several days more granted wishes seem to spring up, all causing problems in her life, especially on certain occasions when she actually gets to spend time with Ben. Her wishes range from her Raggedy Ann doll coming to life and becoming her new best friend, to a drastic change in her body structure. Think of what one wishes for as a child. If all of those wishes came true, disaster would surely ensue.

Kayla cannot remember all of her wishes, but does recall the wish for Ben to kiss her—not so good when Kayla’s friendship with Nicole is already teetering on collapse. Each day becomes a new adventure waiting to see what wish is going to come true next. Kayla tries many things to reverse her birthday wishes, but will she be able to stop her wishes from unfolding before the one where Ben kisses her comes true?

Mandy Hubbard definitely has a knack for these “what if” scenarios. The story is filled with typical high-school drama, problems, and feelings, mixed with hilarity. Fans of Ms. Hubbard’s Prada and Prejudice will enjoy You Wish. She does not disappoint. Teenagers will be able to relate to Kayla’s plight and possibly learn from her experiences.

The one thing that readers should get out of this story is that what we do in our lives is a choice. We are not forced to go down the wrong or right path; we choose that path and often, as a result, cause our own strife. Kayla chooses to be a loner. She chooses to not talk to her father after he deserts them. She chooses not to tell Ben of her true feelings—all of which lead to many stressful moments. In being a teenager and wanting to be older, more beautiful, and accepted by her peers, she loses herself. This is typical of many teenagers in their journey through high school. They feel immense pressure to be what they perceive as better. Readers, especially girls, will enjoy this 284-page young adult novel.