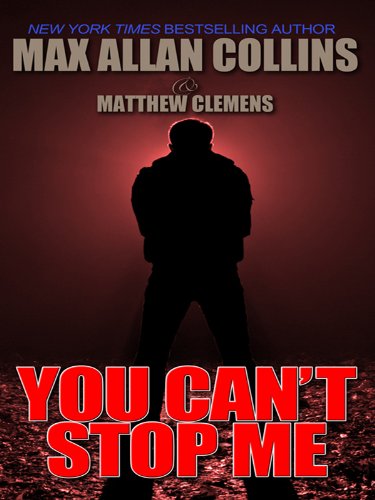 Every time Max Collins delivers a new crime thriller, I buckle up in my favorite chair, pour myself a cup of coffee, and prepare myself for an exhilarating ride. The guy never disappoints and this new book is no exception. It is a fast paced page-turner that moves like a semi down a mountain road with the brakes burned out.

J. C. Harrow is a small-town sheriff with a loving family and a fairly decent life. One day he comes homes from work to a horror beyond his imagining; a horror that sets his life on a different path. Several years later he is living in Los Angeles, the star of a new crime watch reality show called “Crime Seen.” Himself a victim, Harrow, coldly exploits his newfound star status to blackmail the studio heads into bankrolling a very audacious plan. He sets out to assemble the best forensic criminologists in the country and make them his personal team with one goal: to find the monster who robbed him of his family.

Now the hunt is on in front of the eyes of millions of devoted TV viewers. As the team comes together, bit by bit new clues arise and begin to define the patterns of a cunning serial killer whose body count may constitute much more than anyone ever expected. The hunt leads them across the country from the warm temps of Florida to the Heartland of the Midwest.

Attempting to balance the demands of his studio bosses with the legal restrictions of a public criminal investigation, the wily Harrow soon realizes his scheme may, in the end, jeopardize the very thing he wants. He is all too aware that one of those viewers in TV-land might be the very prey they are pursuing. How much does he dare divulge in his weekly broadcasts?

Exploring new territory between the mechanics of police work and the circus atmosphere of today’s Big-Brother media, You Can’t Stop Me is a riveting, original spin on crime thrillers. It is an adventure in suspense that will have you up till the wee hours of the night. You’d better buckle up, too.