Yes We (Still) Can: Politics in the Age of Obama, Twitter, and Trump 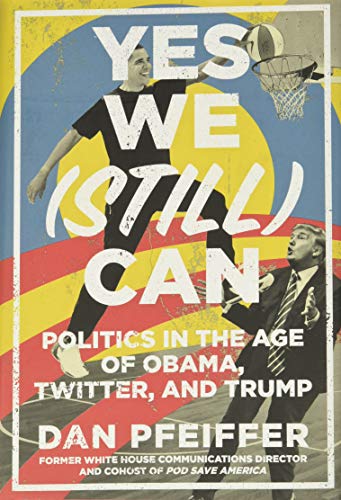 “Obama was a light. Trump is of the night.”

Politics is a fickle beast. Barack Obama won more votes among blue-collar workers than did his opponent, Senator John McCain. But it was those very blue-collar workers who tipped the scales in Donald Trump’s victory. They weren’t racists or they wouldn’t have voted for Obama in the first place.

But in voting for Trump they voted against their economic interest. Trump hasn’t and won’t help the health of the poorer, nor improve income inequality, nor in the long run give them jobs that now have migrated to China, India, and Europe. What he did give these voters was a sense of pride in being American, as Obama did, but Hilary Clinton couldn’t. “Put America First!” he shouted again and again. Trump blindsided them with talk of dismantling free trade. Even though events and the long run will show he has shot America in the foot, it sounded convincing.

Obama would have won a third term if allowed to run. He had more appeal across the electorate than Trump. It was Mrs. Clinton who lost it.

Obama was the most successful liberal, Democratic, president since Franklin Roosevelt who ushered in the New Deal, a campaign to save the poorest from the Great Depression. Some would say since Lyndon Johnson with his great civil rights and poverty reforms, but he can’t be called liberal after the carnage he inflicted on Southeast Asia. Bill Clinton was a centrist cum conservative and he re-organized welfare so that the poor were badly hit—a policy he now says he regrets. Jimmy Carter was more successful than his many critics allow, but still his great achievements were in foreign not domestic policy.

Many observers are now worrying that Trump will win re-election in three years’ time. But remember 2006 when a book, One Party Country was published. It was about how George W. Bush and Karl Rove, were “on the cusp of building a permanent Republican majority that would rule politics till the end of time.”

So writes Dan Pfeiffer, Obama’s communications director, in his fascinating new book, Yes We (Still) Can. He writes that soon after the Bush book was published the Democrats took back the House and the Senate in a landslide. Two years after that Obama won a huge electoral victory, capturing states that no Democrat had won in decades.

The Pfeiffer book is a testament to a great leader. But it is more than that. Pfeiffer, like his ex-boss, believes that there are “reasons to believe hope is right ’round the corner”—what Obama would call The Audacity of Hope. There’s no need to believe the Republican rhetoric about Trump being a leader who can keep them in a permanent majority.

Pfeiffer reminds us of a speech Obama made at the 50th anniversary of Martin Luther King’s March on Washington. Obama spoke from the very spot where King had made his “I have a Dream” speech. In a masterful sermon Obama slightly re-wrote King: “The arc of the universe may bend towards justice, but it doesn’t bend on its own.” If the next Democratic candidate can learn from Obama’s experience he or she will win the presidency.

Above all it means inspiring young people to vote, and persuading the blue-collar workers who defected to Trump to return to the Democratic fold. And, it means, as Pfeiffer explains so well, mastering the media at a time when Fox News dominates an extremely large audience, not as a traditional bipartisan TV channel but as a 100% propagandistic supporter of the Republican philosophy.

And it means realizing that the media world is “in the midst of a massive, rapid, disruptive transformation that is re-writing all the rules of politics and presidential communications.” A major part of the media—apart from Fox, the New York Times and Washington Post—is floundering because of the effects of the 2008 financial crisis which had the effect of drastically lowering the advertising that is necessary if the media is to be adequately funded.

At the same time the Internet and the smartphone have taken over. Despite all the difficulties of adjusting to the “new media” Obama triumphed over it. But it took a lot of hard and clever work, as Pfeiffer records.

Obama was a light. Trump is of the night. Much of what you need to know for the future is in this book, in particular where the light switch is.