The World of Tim Burton 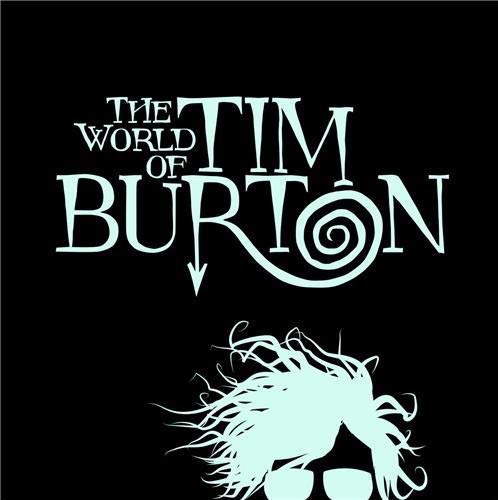 The World of Tim Burton is a delightful romp in a world of imagination that showcases Burton’s sketches, watercolors, and oil paintings and gives great insight into his spontaneous creative impulse. It is a perceptive look into the mind of one of the most original and creative movie directors of our time and the things that influenced his films such as fairy tales, clowns, Vincent Price, and Surrealism.

It is also a glimpse at the exhibition held at the Max Ernst Museum in Germany that comprised over 500 works of art. The book focuses on Burton as an artist whose imaginative creative process brings forth images and strange creatures that eventually inhabit something greater: his visions realized on film. The book highlights his brilliant visual wit and dark comic edge.

The World of Tim Burton includes a choice selection of drawings, paintings, sculptures, puppets, and movie production photographs in its 112 pages. Some of the sketches of clowns and creatures are reminiscent of creations that made their appearance in Beetlejuice, Edward Scissorhands, Corpse Bride, Vincent, and The Nightmare Before Christmas, while others are enchanting artwork that reflect Burton's inventive imagination.

An extensive interview covers his milestone experience as a young man of meeting Vincent Price, his beginnings as an animator at Disney, his view of independent films, and reveals his thinking regarding what is meaningful in films and art.

The book also includes a thorough year-by-year biography that details every project that Burton has worked on from his first project to the present. His fantasy laden drawings, sketches, and paintings are beautifully reproduced and printed on a matte paper that suits them perfectly and makes for easy non-glare viewing. The binding of the hardcover book retains Burton’s taste in quality and humor with the black-on-black silhouettes of creatures on the black hardcover and glow-in-the-dark title and artwork.