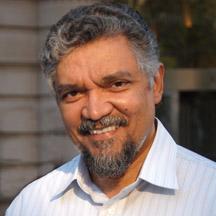 Richard Rivera is a fine arts photographer, artist, designer, and writer who worked in publishing, advertising, film, and illustration. His illustrations have graced the covers of paperback books and magazines, and his projects include co-producing and writing the award-winning television series TalkFiction (Time-Warner Cable), working as a still-photographer on independent films, and re-designing and art directing the contemporary music magazine, New Music Connoisseur. His forthcoming Eagles of New York™ is a photographic celebration of the eagle in the architecture and sculpture of New York City, the first of a planned series of large-scale art projects in major cities around the world. A native New Yorker, he is a graduate from the School of Visual Arts. His photographs are in the permanent collection of the Brooklyn Museum of Art.

David Lynch: Someone Is in My House

“Lynch’s art is like his films: unconventional, dark, bizarre, and expressive.

A Chronology of Photography: A Cultural Timeline From Camera Obscura to Instagram

“a virtual smorgasbord of visual delights, horrors, and insightful tidbits on photographic creators and influencers.”

Spider-Man: Into the Spider-Verse—The Art of the Movie

“A dynamic companion piece to the groundbreaking animated movie.”

Steve McCurry: A Life in Pictures

“Steve McCurry: A Life in Pictures is an homage by his sister to an extraordinary photographer who broadens our view of humanity and the world.

“Helen Levitt is a remarkable book, and a substantial addition to the library of anyone who values the beginning 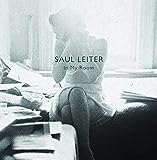 Saul Leiter: In My Room

One might be familiar with Saul Leiter’s unconventional and distinctive color work of the 1950s and 60s street photography, however, this book of black-and-white nudes by Leiter was a true surprise

The Still Life Sketchbook is essentially a blank sketchbook with outstanding illustrations designed to inspire and stimulate productivity in the budding artist.

Camille Seaman is a photographer who has traveled the world, photographed the arctic and its wildlife, and brought home the plight of melting polar regions and climate change.

“Bradford’s lessons are easily applied to Android and iPhone photography.”

Robotic Existentialism: The Art of Eric Joyner is a playful fantasy picture book that celebrates the “what if” of robots having free rein to live “human” lives.

Joel Meyerowitz: Where I Find Myself: A Lifetime Retrospective (An Elephant Book)

“After 40 years Meyerowitz continues to entice and enthrall with a consistency of vision that reshapes subject matter in his own light.”

Stephen Shore by Quentin Bajac and published by The Museum of Modern Art is an encyclopedic collection of Shore’s photographic work that spans five decades.

Cartoon County: My Father and His Friends in the Golden Age of Make-Believe

“Cartoon County is a wonderful read, a paean to a bygone era in art that will delight and inspire.”

“Cézanne Portraits by John Elderfield is an exquisite book based on the exhibition . . .”

“a welcomed look into an insightful photographer.”

Bystander: A History of Street Photography

Bystander: A History of Street Photography is a book that defies easy description.

“an insightful and ambitious book that is lavishly illustrated . . .”

“Noma Bar is a master of the stylized silhouette and uses flat-color shapes to achieve highly sophisticated illustrative graphics.”

The Collector of Lives: Giorgio Vasari and the Invention of Art

“The way we conceive of art traditionally, and how it is intrinsically linked to drawing, design, and painting, owes its popularization, if not its origin, to Vasa 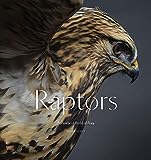 Raptors: Portraits of Birds of Prey

“an excellent reference for bird lovers.”

Edward Weston: Portrait of the Young Man as an Artist

“. . . thought provoking in its juxtaposing of images taken 20 years apart.”

Ink & Paint, The Women of Walt Disney’s Animation by Mindy Johnson corrects the misguided perception regarding women’s lack of contribution to the animation industry.

If You're Bored with Your Camera Read This Book

“How-to books are the Sherpas that usher you to the base camp at the foot of a photographic Everest.”

Black & White Photography: The Timeless Art of Monochrome in the Post-Digital Age

“Freeman's emphasis is on maximizing creative choice while utilizing all the knowledge acquired in using traditional methods.”

“an astounding compendium of photographs, a robust representation of art and journalism . . .”

“His skaters are akin to acrobats poised in midair, neither ascending nor falling, but perfectly pictured in a world of their own.” 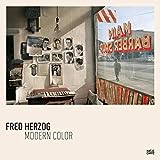 Fred Herzog’s images in Modern Color were created over 50 years ago and still have the power to stop you in your tracks.

In Camera: Perfect Pictures Straight out of the Camera

“a practical reference to achieving great results while bypassing post-processing.”

Dora Maar: Paris in the Time of Man Ray, Jean Cocteau, and Picasso

“a fascinating, stirring, and well-researched tale with insights into the thinking and lives of flawed people.”

“a superb addition to those desiring to master the conversion of color images to black and white.”

“It is a notable achievement when photography is used in healing a family.” 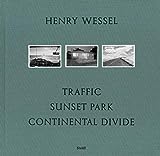 Henry Wessel documents life in the 20th century with a well-established black and white photographic style. 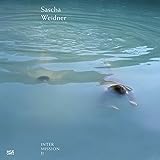 “echoes with a vision of the otherworldly, and a kind of purity where gravity has no pull and people float in a world of color and abstract beauty.”

Manuello Paganelli’s Cuba: A Personal Journey, 1989–2016, begins with his story of lost family connections and trying to rediscover his Cuban roots.

Picasso and Rivera: Conversations Across Time

“an extraordinary examination of parallel paths of two phenomenal artists, their work, and their seminal effect, which extends to the present day.”

Gordon Parks: I Am You: Selected Works 1942–1978 is an astounding book displaying the remarkable photographic talents of Gordon Parks, a man who was equally at ease in documenting the Civi

“Those who are fans of Trager's work, especially his silvery black and white images, will find Ina’s portraits a rewarding pleasure.”

Philip Trager’s photographic record of New York in the 1970s is his depiction of a city marked by solitude.

50 Contemporary Photographers You Should Know

Edward Burtynsky’s aerial photographs in Essential Elements go beyond the kind of satellite images and views that Google Earth has made commonplace in recent years.

“an extraordinary achievement that allows us a greater understanding of the history of mental illness.”

Overview: A New Perspective of Earth

Benjamin Grant has created a unique series of images in Overview: A New Perspective of Earth, which illustrates that “there needs to be a dramatic shift in the way our species views our pl

Photographs from the Edge: A Master Photographer's Insights on Capturing an Extraordinary World

“the book succeeds as a primer for new photographers and inspiration for experienced lovers of photography.”

“an engaging compendium, a fascinating read, and a valuable resource . . .”

Anderson & Low: On the Set of James Bond's Spectre

The opening pages of Anderson & Low on the Set of James Bond’s Spectre strike the reader with the sheer beauty of images of vast interior spaces. 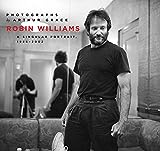 For those of us who love the exuberance of Robin Williams’ stand-up comedy and enjoy his movies and the way they make us laugh (The Birdcage), or consider the absurdity of war (Good Mo

To most of us, Stuart Davis’ paintings are a joyful expression of color and frolicking graphic forms that seem to explode on the canvas in unscripted rhythms.

Revealing the true personality of a portrait sitter has always been the challenge for photographers since the early daguerreotypes or for painters over the past 3,000 years.

Picture Perfect Lighting: Mastering the Art and Craft of Light for Portraiture

The Time Between: The Sequences of Minor White

Minor White was a poet, writer, educator, curator and photographer whose impact on photography was immeasurable.

Making art a part of your daily life is invigorating because it becomes a touchstone for one’s sensibilities.

Anna Mia Davidson’s Cuba Black and White sheds light on the quality of life of the average person in Cuba by showing us their casual activities in streets, barber shops, and gyms, as well

“a fascinating source of material for those interested in visual anthropology and the impact of a developing urban art and social language.”

The Visual Palette: Defining Your Photographic Style by Brian Matiash is a book aimed at photographers who are familiar with taking pictures but wish to have a greater knowledge in shaping

India by Steve McCurry is a book of first impressions that are intense and heartfelt.

Louis Stettner's Penn Station, New York is not a photo book about the grandeur or architecture of the original Pennsylvania station—which should have been declared a landmark but instead w

City on a Grid: How New York Became New York

Gerard Koeppel's City on a Grid: How New York Became New York is a fascinating and curious story that takes us back through time to the early beginnings of the city called Nieuw Amsterdam

“The degree of media, materials, and forms presented is truly extraordinary.”

In 1962 Joel Meyerowitz was a junior art director at a New York City advertising agency.

New York Air: The View from Above

“will be treasured by lovers of New York City for many years to come.” 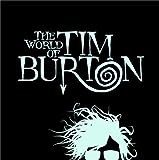 The World of Tim Burton

The World of Tim Burton is a delightful romp in a world of imagination that showcases Burton’s sketches, watercolors, and oil paintings and gives great insight into his spontaneous creativ

One would think that with all the international settings, romantic affairs, wars, lovers, and change of circumstance that accost the main character of Sweet Caress it would be a dynamic, i

Cindy Sherman is a unique artist whose photography distinguishes itself by her presence both in front of and behind the camera, as photographer and model, director and actor.

“will be a treasured volume for years to come.”

Tales of the Brothers Grimm, Drawings by Natalie Frank

“has all of the makings and quality to become a collector’s item . . .”

The New York based collective DIS, with its focus on art, pop culture, documentation, and exhibition, explores the roots and use of the selfie as an art form in their book DIS #artselfie.

The Brilliant History of Color in Art

“Finlay is expert in her knowledge and delves beneath the superficial to reveal why colors captivate our imaginations.”

American Grotesque: The Life and Art of William Mortensen

“Mortensen’s imagery is rich with fantastical and grotesque elements reminiscent of Brueghel, Hieronymous Bosch, or Goya.”

The Art of iPhone Photography

“strikes a wonderful balance between an art gallery book and a how-to book for the more creative and adventuresome.”