Wordslut: A Feminist Guide to Taking Back the English Language 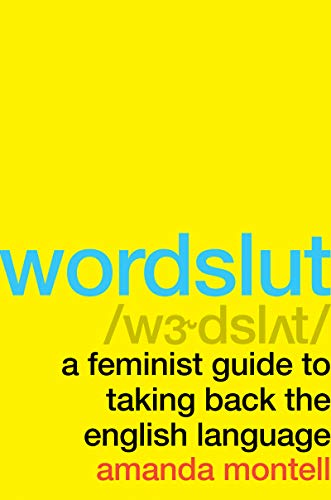 “‘Armed with cool, nerdy facts’ the reader will be able to discuss language as an entry point into larger ideas of gender equality.”

This book begins rather unpromisingly with an oversimplified explanation of sociolinguistics and of the relationship between language and gender. “And because gender is directly linked to power in so many cultures [sic], necessarily so is language. It’s just that most of us can’t see it.” This does raise the question as to who is she addressing? If people need the notion explained that gender is about power then they probably will not be reading this book, unless of course the title is a sufficient draw. Montell promises the persistent reader that by the end of the book they will have “all the nerdy know-how you need to sound like the sharpest word ninja in the room. Which, I can tell you from experience, feels pretty damn good.”

Montell is interesting on “vocal fry,” and women’s alleged overuse of “like” and “you know;” provides suggestions as to how to deal with “catcalling, and other ways to verbally smash the patriarchy;” and reviews how and why women and men swear, noting that “many of our language’s most potent phrases—from pussy to motherfucker” (arguably not far) “paint a picture of women, men and sex from a cisgender dude’s perspective.”

Though primarily dealing with the language as expressing and maintaining heterosexual inequalities, Montell also discusses “the gay male voice” with an interesting detour into the British gay slang called Polari developed initially by actors and female impersonators. There is no lesbian equivalent.

Montell is entertaining, passionate, and widely read, and in bringing the work of more established experts in the field—Jennifer Coates, Deborah Cameron—to a wider audience serves a very useful function. “Armed with cool, nerdy facts” the reader will be able to discuss language as an entry point into larger ideas of gender equality.