Word by Word: The Secret Life of Dictionaries 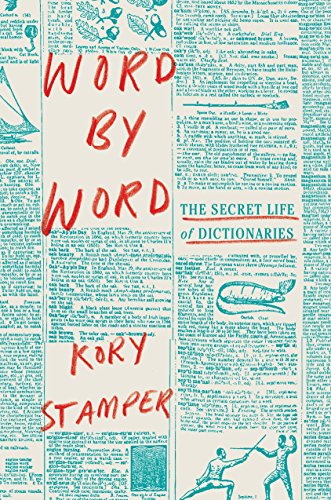 It’s difficult to describe quite how delightful this book is for a word nerd. For one thing, it’s hard to remember to breathe while reading it, especially at the start, what with all the words and excitements flying around in a jumble of thoughts, ideas, and light-bulb moments.

Anyone even wanting to read a book about dictionaries must surely first possess an almost irrational love of words. If you do, then this is the book for you. Author Kory Stamper, a lexicographer and editor at Merriam-Webster, offers an informed, irreverent and witty take on it all.

If you’re reading this review it’s probably safe to say you’re something of a word nerd yourself: the owner of a pet grammar peeve or two at best; an immoveable, prescriptive pedant at worst.

In the battle for supremacy between prescriptivists and descriptivists, the scary so-called Grammar Nazis often seem to rule. Confrontational websites and social media pages abound. Venturing an opinion on any of them can be as (emotionally) bloody as any episode of Game of Thrones—only without the sweeping scenery. Or the dragons. Or the costumes. Or the damsels constantly dropping their frocks.

Forget all that. This is far more serious.

Anyone wanting to research and define the words that fill dictionaries must be pretty tough-skinned, too, if not downright brave. Believe it or not, the author and some of her colleagues have been known to receive death threats—taken very seriously by management—from fanatics angered by the inclusion of certain words or definitions (like same-sex marriage, a relatively recent trigger).

The thing about dictionaries, though, is that despite what your mother, teacher, or any other bossy boots may have told you, these learned logbooks are not there to tell you what to do with words, or how they may or may not be used. Their job is simply to record words in common usage—where they come from, how they’re spelled, what they mean, and how they’re used—including those considered by some to be rude, crude, or unattractive.

“Each word must be given equal treatment, even when you think the word that has come under your consideration is a foul turd that should be flushed from English,” says Stamper, and she should know.

In Word by Word, she not only lifts the curtain to let us peek behind the semantic scenes, she also lets us in on all sorts of lesser known linguistic history.

Much of the inside info she spills is unforgettable—and not just the comically rude bits, although there’s no denying they do help stuff to stick in the psyche.

For example: “Who thought that ‘pumpernickel’ was a good name for dark rye bread,” she asks. “Because when you trace the word back to its German origins, you find it means ‘fart goblin’ and now you cannot help but blench and giggle whenever you see pumpernickel.”

I guarantee you won’t forget its meaning (and not just to ensure you’re the life of your next party, as her footnote on the subject suggests).

If your interest is piqued, do read this book. If you love it, spread the word and it may well find the wider audience it surely deserves.