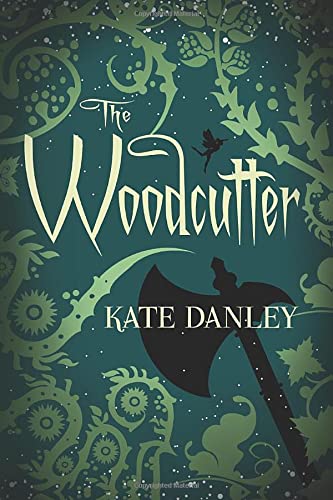 “. . . plausible and compelling. . . . a cat-and-mouse hunt for the truth . . . Reginald Hill takes the reader on this psychological thriller with such skill that it is easy to suspect that he is enjoying the mind game . . .”

Social climbing, like rock climbing, can have disastrous results because the higher the climber ascends, the longer the fall, and when the fall comes (and it usually does) the impact crater will serve as their tomb. Just ask Sir Wilfred “Wolf” Hadda.

Wolf Hadda is the son of a woodcutter and was a simple country lad, living happily in Cumbria. Although a loner and a bit wild in nature (hence the moniker), he has a magnetism that draws people. He also has a talent for rock climbing.

Life is fine until he falls in love with Imogen, the daughter of the town squire. Their teenage love affair lasts all summer until she makes it clear that she can never settle for him. This rejection prompts Wolf to run away, and then five years later he returns to Cumbria a refined and richer man.

Wolf and Imogen marry, much to their respective families’ displeasure. He builds his empire—Woodcutter Industries—and becomes l’enfant terrible of the world of finance and industry. He, Imogen, and their daughter Ginny live the good life and things are fine until . . .

A knock on the door early one morning announces a police raid, and Wolf’s fairy tale world is shattered. At first, he suspects the police are acting upon information leaked to the Fraud Squad, but once in custody he discovers the charges against him are much more insidious. In addition to financial crimes, he is charged of not only accessing child pornography, but of producing and sometimes staring in it.

Soon Wolf finds himself alone and facing the scrutiny of the legal system and the public. At a time when the financial world is crumbling and banks getting bailed out, people may react to news of another financial high-flyer hitting the skids with smug satisfaction, but add to that charges of pedophilia—and those feelings turn into moral outrage and people baying for blood. Wolf becomes an outcast in every sense of the word even before going to trial.

But Wolf will not be caged, and in a daring attempt at freedom, he is seriously injured when struck down by a bus. He is captured and taken to hospital where it is thought that he will die from his injuries, but he doesn’t.

After being comatose for nine months he wakes to find his body broken, three fingers missing from his right hand, and his right eye gone. He is also still living the nightmare and must face his criminal charges. To make matters worse, his wife has divorced him—to marry his lawyer/friend who has dropped him as a client, and he is stripped of his knighthood. It doesn’t take long for Wolf to get convicted and sent away to Parkleigh Prison where he is kept isolated from the main population in view of his abominable crimes.

Fast forward to 2015 and Dr. Alva Ozigbo is the 28-year-old prison psychiatrist who must handle Wolf’s case. Alva is a rising star in her profession and has to deal with not just professional rivalry but issues because of her age, gender, and perhaps more covertly, her heritage. She is considered too young and inexperienced to be a “real” psychiatrist, and prison psychiatrist at a maximum security prison is no job for a woman.

Plus, Alva is hard to miss with her dark skin inherited from her Nigerian father and her naturally straight, “pale as bone” hair that stems from her Swedish mother. So not only does Alva have to analyze everything her patients say and do she cannot help but do the same when relating to colleagues, friends, and family.

It doesn’t take long for Alva to see that Wolf believes himself to be innocent of his charges. All convicts proclaim their innocence, but those pedophiles—they are more cunning than most. Alva has to break through Wolf’s denial if she is to help him—which she does. Wolf undergoes “treatment” and is eventually released on probation after spending seven years in prison helped mostly by Alva’s professional opinion.

But strange things start to happen when Wolf starts to appear on the doorstep of his former allies. Alva must tread a fine line. Did she allow a vicious pedophile back on the streets? Or is Wolf truly innocent and bent on revenge and murder? Either prospect doesn’t bode well for her professional judgement or public safety, but how can she act without risking her reputation or sending a possibly innocent man to jail where he doesn’t belong?

Alva’s profession as a prison psychiatrist is perfect because it allows for constant analysis of a person’s every move and thought from her point of view. The Woodcutter isn’t full of “psycho babble” or jargon, but the theories and methods used by Alva to gain insight into her patient, and Wolf’s response to treatment—and his own intelligence—are plausible and compelling. As a result the reader joins a cat-and-mouse hunt for the truth. Or has the truth already been revealed and the reader is being led down the garden path in a double bluff? All will be revealed at the end and the outcome is quite unexpected.

The twists and turns in The Woodcutter make it difficult to put down, and it is the attention to characterization that proves that it is character that drives the story, no matter what genre; stories cannot be action scenes alone. What passes off as human nature, especially for the old money/minor aristocracy set is pretty disturbing but would be impossible for anyone to deny outright. The upper classes portrayed in The Woodcutter are men who are led by their nether regions or lack the cojones to make a stand and women who are driven by their nether regions and use their feminine wiles in ways to make Lucrezia Borgia and Mata Hari look like Girl Scouts, and as a result, people die and lives are ruined.

Reginald Hill takes the reader on this psychological thriller with such skill that it is easy to suspect that he is enjoying the mind game he is making his characters and readers play. So what does that say about Mr. Hill? There are many symbols and connections to make as the story unfolds, and there is a sense of dark humor throughout that the reader may doubt their own sense of propriety by noticing it and laughing out loud . . . if they are of a disposition to laugh out loud rather than chuckle. Repressed, maybe? Plus, there are certain parallels with reality past and present, that by the time the story ends in 2018 and there is speculation of a constitutional crisis at the prospect of the birth of royal twin boys. . . . Does author Hill have a crystal ball?

Sometimes the flashes of humor do detract from the heavier issues in the story and affect the way some scenes play out. Perhaps Mr. Hill is trying to prevent the story from treading too deep into these murky subjects and being too dark because what these characters do to themselves and each other is evil enough. The fate of humankind would be sealed if such people took over the gene pool.

Although it would have been interesting to see what the story would have been if none of the characters cracked a joke or a smile, it would go against their nature because they are so real. Mr. Hill also uses language to show glimpses of Cumbrian and Scottish voice so even the uninitiated can appreciate it, also adding another layer of realism. An abundant use of exclamation points becomes distracting for their presence rather than important for their emphasis, but this is a minor criticism in what is otherwise a gripping read, and for most this punctuation preference will probably go unnoticed.

Although Reginald Hill is renowned for his Dalziel and Pascoe detective series, The Woodcutter stands alone just like its main protagonist Wolf Hadda. New readers should not be discouraged from reading The Woodcutter and adding the author to their bookshelves, smartphones, or smartpads—Mr. Hill’s large, established fan base will not be disappointed, either.