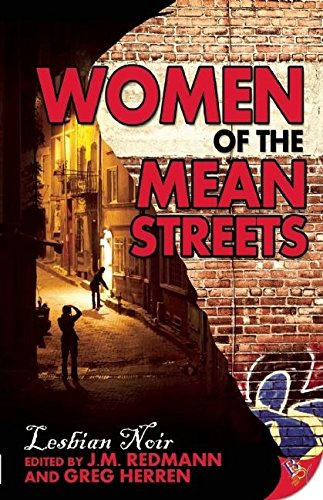 “My gal done me wrong is a terrific reason for an anthology. Noir, much beloved in both books and movies, is notable for the unsentimental portrayal of violence and sex. And these women authors here give you plenty of both.”

“For neither life nor nature cares if justice is ever done or not.”
—Patricia Highsmith

My gal done me wrong is a terrific reason for an anthology.

Noir, much beloved both in books and movies, is notable for the unsentimental portrayal of violence and sex. And these women authors here give you plenty of both.

The phenomenal Laura Lippman takes us behind the scenes of the Northwest Washington suburbs, where pretty Sally Holt solves her mortgage woes in “A.R.M. and the Woman.” Lippman has not lost the hop on her fastball as she moves away from her usual portrayal of gritty Baltimore to the rarefied air of soccer moms and prep schools. She always tells a story that moves along and has plenty of bite, often reflecting modern life in a skeptical tone. Her time spent as a journalist at The Baltimore Sun stands her in good stead, and this short story polishes her skills to a high gloss.

“Boomerang” by Carson Tait is more typically noir, with our bounty hunter heroine falling in lust with the improbably named Diamond Collier. She’ll find her woman all right, but the circumstances prove difficult to swallow.

“Some Kind of Killing” by Miranda Kent brings one smack dab into the land of crazy. It all went bad when she was thirteen. As the narrator says “Sure everyone uses the word crazy or insane all the time. . . . So when people say, “She’s crazy” or “That’s insane” it’s just hyperbole—you know, exaggeration. Except I’m not exaggerating. I grew up with crazy people and it was hard. Really hard. It doesn’t end well.

The graphic sex in “Social Work” by Kendra Dennett and “Chasing Athena” by Diane Anderson-Minshall explains how a nice girl can end up somewhere she never dreamed about.

And in “Devil in Training,” it’s not an issue that Daddy’s little Irish Catholic girl is a lesbian; it’s about how she proves she can handle herself in order to take over the family business.

Three stories in this anthology are set in New Orleans and “Lost” by J. M. Redman puts her P.I. Micky Knight in a spot she wants no part of: finding her scummy cousin Bayard. It’s the most straightforward P.I. story here, and the way Micky goes about her business is refreshingly straightforward. But the sooner she comes to terms with William Faulkner’s dictum, “The past is never dead. It's not even past.”—the better for her long-term mental health.

The next time Ms. Redman asks her friends “Hey, can you write a dark, twisted story?” One hopes the answer is a resounding yes.