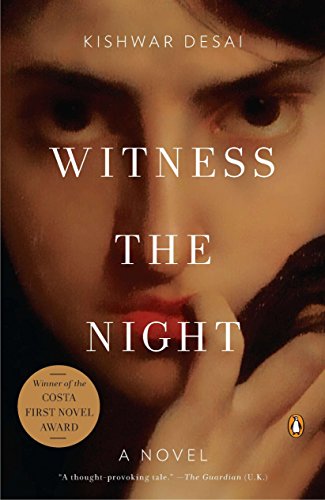 “A splendid and sometimes startling read.”

A family is slaughtered, thirteen people poisoned, stabbed, and burned. The only suspect, Durga, is also the lone survivor: a fourteen-year-old girl who appears to have been raped, beaten, and tied to her bed. Her guilt or innocence becomes of less importance than the reputations of those involved.

Witness the Night is a plunge down the rabbit hole to Punjab, India, a fairytale world where houses are painted ice pink, sea blue, and mint green. To a place where female feticide is commonplace, and newborn girls are often fed opium to anesthetize them, placed in milk-filled urns, and buried in the garden.

No one in the community, not even the police, seem to care what circumstances led to the commission of this most heinous crime, or about the victimization of others culminating in their terrible fates.

Enter Simran Singh, a middle-aged woman born into privilege, an iconoclast who has no interest in marriage and a strong thirst for alcohol. She represents the cultural clash between the India of the past and that which is surely on its way if not already here.

Only Simran seems interested in the consequences for Durga, whether guilty or innocent. Due to her tenacity, Simran proves herself a far better detective than an ill-trained social worker, a role she has taken on both because of her empathy for others and as a way of justifying her existence in the social upheaval surrounding her.

A splendid and sometimes startling read.