Winter at Death’s Hotel: A Novel 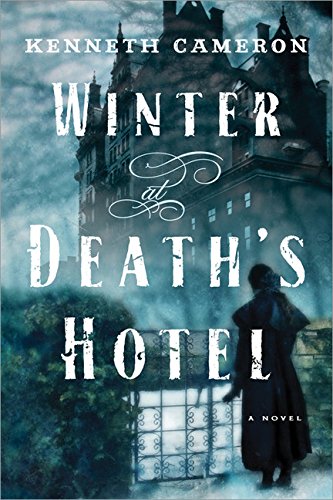 Don’t be put off by the priggishness of Mr. and Mrs. Arthur Conan Doyle as they visit New York City. He is beginning a lecture tour of the United States, when she twists her ankle and has to stay behind. She gets better, and the reader can take delight at seeing the Mrs. (Louisa) grow.

In the lobby of their very new, very proper hotel The New Britannic, Louisa’s attention is caught by a beautiful copper haired woman, undoubtedly on an assignation. Oh my, these Americans! It won’t be the first time Louisa thinks that. But when the woman turns up mutilated in The Bowery, Louisa feels something. Not affection, she didn’t know the woman, but to be so happy, then so frightened and miserable and dead… something tears at Mrs. Doyle, and she wants to explore it further.

Not surprisingly, the corrupt police are not interested in her thoughts.

She meets two important women in her quest. One is a brief meal with Victoria Woodhull—a leader of the woman's suffrage movement—and in 1872, the first female candidate for President of the United States. She runs on a "free love" platform and is an advocate for the freedom to marry, divorce, and bear children without government interference.

Louisa is shocked by her boldness, but the ideas Woodhull expresses strike an internal chord, especially when Louisa writes to Arthur practically begging for money to pay her bills. He answers she must learn to economize.

Louisa joins forces with A. M. Fitch, a newspaper reporter who turns out to be Minnie, a woman struggling with being the lone female in the newsroom of The New York Express. The relationship that develops here gives Louisa a true friend, a rare commodity for women of her class. The investigative work she does for Minnie helps both of them—Minnie gets a story, Louisa gets to remember how hard she worked before she met and married Arthur.

Kenneth Cameron keeps the plot moving along, and is talented enough writer to create a world where what a proper English married lady sees and experiences is overwhelming and utterly believable.

The denouement has a true frisson of horror, and it shows how ugly creepiness can produce as much blind panic as seeing a dead body. Everyone in the book from the hotel manager to Police Commissioner Teddy Roosevelt feels the sting of their blindness in believing that there is honor in the class system and how imperative it is in maintaining the status quo.

In the end, it does not protect anyone from the ugly realities of life.