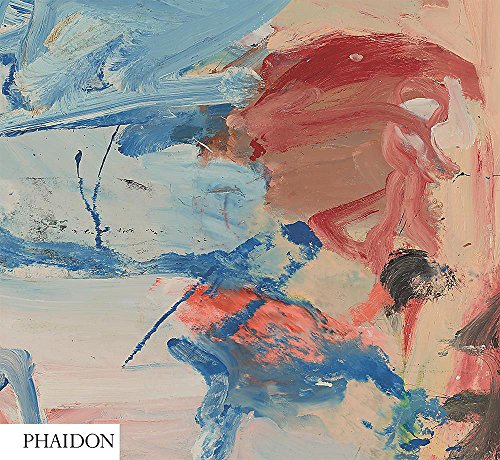 “a beautiful if hefty volume that will serve well as a fundamental study of de Kooning.”

As a vanguard artist entrenched in post-WWI New York City, Willem de Kooning (1904–1997) set the standard for what would become known as Abstract Expressionism. But he didn’t start out with that intention. Judith Zilczer’s in-depth monograph traces the chronology of de Kooning’s artistic development, making the case that de Kooning was dedicated to his technique, diligent in his work ethic, and determined to be his own artist. His fame came about because he was who he was and he did what he did. Thus he came to represent American painting.

Zilczer maintains a straightforward approach to her subject. She is well researched and well organized. Readers will appreciate the layout and flow as they are drawn from one discussion to the next.

While the readability of the book is not entirely dry, it is not exactly captivating either. There is a certain un-opinionated neutrality in the writing style such as one would encounter in a newspaper press release. One might have hoped for a bit more enthusiastic flair to compliment the intensity of the artist and his maverick work.

The gist of the biography is as such: Launching from a home base in Rotterdam, Netherlands, de Kooning’s childhood was unstable and precarious. He learned at the tender age of seven that he needed to establish his own regime apart from the “influence of or dependence on any other.” This lesson, in one form or another, set the foundation for his lifelong demeanor and permeated into his career.

In 1926, when he was 22, he stowed away on an ocean liner, working in the engine room to earn passage to New York City. Settled in New York, surrounded by the vibrant and progressive gallery scene of the 1920s and 1930s, de Kooning was exposed to modern art, in particular, to Henri Matisse, and the search for a personal stylistic voice began.

De Kooning's artistic confidence took root when he was hired by the Mural Division of New York City as part of the New Deal Federal Art Project of the mid-1930s. During this time artists such as Léger, Arp, Hélion, Miró, Picasso, Kline, Pollock, Motherwell, and Gorky pulled de Kooning out of his shell. He subsequently immersed himself in the abundant social life of the Greenwich Village art world. He became an autonomous and integral member of the artistic circles and allowed, in turn, for art to affirm his own life, his way of living.

Intentionally seeking out influences, he welcomed different ways of looking at things. He found he could accept what he liked and incorporate multiple ideas. Using Matisse’s concept of space and color, Picasso’s power of shape, the energy of Motherwell, and his own aversion to definitive meaning in subject matter, de Kooning was offered his first gallery exhibit in 1948. With works such as “Mailbox,” “Painting,” and “Black Friday,” de Kooning’s strong lines and intense rhythms made him a formidable abstract painter.

Henceforth, the debates over de Kooning’s work ran as thick and heavy as the impasto on his massive paintings. Clinging doggedly to his self declared “freedom of indifference” and eschewing association with groups or categorizations, de Kooning endured vacillating reviews.

A surprising amount of controversy grew from the man who wanted desperately to avoid aligning himself with ideologies. Nevertheless, his choice of subject matter, his gestural and aggressive painting style, the legitimacy of his painterly contributions, and even his gallery representations were at one time or another up for attack. Yet de Kooning kept on painting regardless for nearly 50 more years.

While one may or may not feel a kinship, a resonance, or affinity for a de Kooning painting, one can certainly appreciate his commitment to his craft and the wide scale implications his work had for our country which, needless to say, was not his homeland. He had the tenacity and courage to put himself out in a foreign world with nothing but raw individuality as a cover. This congenial and charming man was willing to risk his reputation in order to let art speak freely enough to form its own language during an era where America was in danger of losing her artistic voice completely. Zilczer admirably documents the history of how he did it, why it matters, and what it means.

Each of the five chapters highlights a different phase of productivity according to the way in which de Kooning was influenced at the time. From his youthful search for a place for his talent in Europe, to his first connections with contemporary peers; from his immersion into the painting lifestyle during his grindstone years in the heart of New York to his ambitiously productive golden years in the Hamptons —through it all Zilczer intertwines text with hundreds of full color reproductions and photographs. The result is a beautiful if hefty volume that will serve well as a fundamental study of de Kooning.