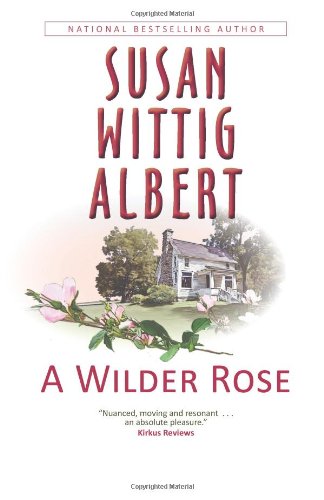 What is the real story behind the crafting of the Little House Series? Susan Wittig Albert seeks to answer this question. In doing so, she combines biography, history, and her own insight into this work of fiction.

At the outset, Ms. Albert establishes that Laura Ingalls Wilder had the stories to tell; daughter Rose Wilder Lane was a gifted writer with many connections in the publishing industry. The series clearly would not have flourished as it did without both being involved.

Ms. Albert spins myriad facts into a compelling story where the reader hardly notices her unfolding of the “evidence.” She offers a clear sense of place, beginning her narrative at Rose’s Danbury, CT, house in 1939, and weaves in other family houses as the centerpiece for periods in the family’s history. There is a richness of detail which addresses two additional themes. The most vivid is the mother-daughter dynamic. The second is Rose’s lifelong struggle to fill personal holes left by poverty and loss.

Laura comes across as controlling, old-fashioned, and driven by hardship. Grinding poverty left little time to be a warm and loving mother—a fact not lost on Rose and one which would always affect her. In seeking her mother’s approval, Rose describes striving to do better, yet never quite rising to her mother’s standard. “I knew her disappointment. I felt it like a lance.”

It’s Rose in retrospect who drove the outcome of their lives. She always had a plan. Ignoring the humiliating consequences of their poverty, she choose to go to high school when it was unusual for a rural girl to go beyond sixth grade.
As a young adult, she lived a writer’s life, traveling the world for 20 years. Throughout this time, she sought to fill emptiness left by her early-in-life losses, and later, the stillborn death of her only child and a divorce.

Yet Laura issued a plaintive request in 1928: “Come home.” And come home Rose did—all the way from Albania.

Here again, Rose had a plan, this time she intended to spend a short time helping her mother to tell her story and ultimately to build a house on the farm property for her parents. She anticipated a brief stay, but became “stuck” on the farm during the difficult years following the stock market crash of 1929. It was this very circumstance that allowed time and energy for their writing project.

Ms. Albert describes the pattern of collaboration that evolved over the years: Laura put her stories together using scraps of paper and then five-cent tablets. Drafts were written in pencil. Then Rose intervened, “shaping scenes and chapters, creating narrative transitions . . . adding details, then revision then final typing.”

A cover letter penned by Rose but signed by Laura accompanied the manuscript, with agents and/or publisher being none the wiser (or maybe not wanting to know more).

Why did the stories become a success? First of all, Laura’s image was good for business. Laura Ingalls Wilder was a heroic icon who lived her early life on the American prairie. Furthermore, children’s books (the target market for this work) were just beginning to emerge on the literary landscape.

Rose realized that royalties would provide a modest income stream for her mother as the family farm became less and less productive. No one anticipated that the series would eventually include eight books, nor that the royalties would continue indefinitely. A television series was not even imagined as part of the plan.

In the epilogue, Ms. Albert incorporates all of the people, places, and phases of the larger story. She includes information about the problems that surfaced in the forties regarding royalties and to whom these belonged. Expiring copyrights became a legal quagmire over the years.

It all takes us back to the opening question about the true authorship of the Little House series. After studying the journey of the family and extended family, we are so much the richer and indebted to Ms. Albert for shining her light on the topic.

The fact remains, however, that the “Little Houses” will remain a literary icon with or without settling the question. According to Ms. Albert, “Rose and Laura’s stories are a continuing testament to the strength, resilience and courage of American pioneers and to our enduring belief in what it means to be an American.”