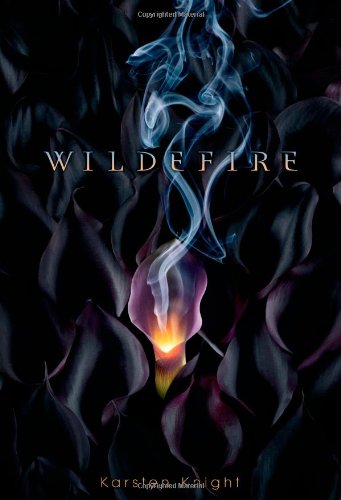 “Karsten Knight easily captures a teen girl’s voice, doing so with snap and wit. He writes a crisp, tight tale, propelling the reader through the narrative in a linear and forthright manner while exploring a fresh mythology.”

Wildefire is the YA debut of Karsten Knight, and several factors set it apart: Being a young man distinguishes author Knight in a crowded young adult genre that is bursting at the seams with female writers. His decision to write from a female point of view adds to the interest level. He also pays homage to diversity by making his protagonist Polynesian—now that’s an ethnic group we don’t hear much about.

Wildefire follows Ashline Wilde as she goes through one of the toughest years of her life. She thinks things are bad enough as she tries to find her place in the pecking order at her high school as the lone Polynesian, and comes to terms with a cheating boyfriend.

But then things, as they often do with teens, soon quickly spiral out of control. Her runaway sister returns, exhibiting a violent streak that Ash could never have imagined before she left. Then her sister’s involvement in the death of a student traumatizes Ashline and sends her packing to a private school across the country to start life afresh.

As she makes new friends and a new romance comes into bloom, Ash is sure she’s made the right decision to leave her old life behind—until she discovers that she’s a volcano goddess and her new school is full of gods and goddesses. This has to be more than coincidence, but what does it mean? Ashline and her classmates are determined to find out. Ash’s sister, Eve makes a surprise visit and things go from bad to worse in short order. Another death isn’t far behind—and Ashline has to decide where her loyalties lie.

Karsten Knight easily captures a teen girl’s voice, doing so with snap and wit. He writes a crisp, tight tale, propelling the reader through the narrative in a linear and forthright manner while exploring a fresh mythology. There is a far amount of violence in this story, but it isn’t anything that the teen audience can’t handle.

The author ends the first installment of this trilogy with a surprise ending that begs to be continued.