The Widows: A Novel 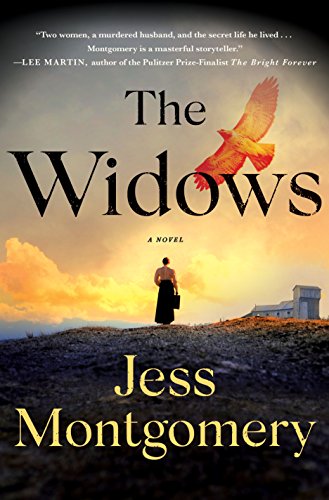 In 1924 Appalachia, one man and two women are inexorably connected in ways they never imagined.

The man is Sheriff Daniel Ross, killed while transporting a prisoner to jail in the tiny coal mining town of Rossville. The women are Lily Ross his wife, and Marvena Whitcomb not his wife.

Before he was killed, Daniel had promised to find Marvena's teenage daughter, Eula, who disappeared while working in the local "boarding house." Marvena shows up at the Ross household wanting to know the status of his search, and if he searched at all.

This is all news to Lily. She knew nothing of Marvena or Eula until Marvena appeared at her door after the funeral. The women's complex relationship is further complicated by the fact that the prisoner Daniel was escorting is Marvena's brother, Tom. In addition, Rossville is in the midst of a raging battle between Ross Mining Company and union organizers following a devastating mine explosion.

After Marvena's common law husband John, a union organizer, is killed in that explosion, workers and union sympathizers look to her to take over his organizing duties. The mine is owned by Daniel Ross's family, and following his death, Lily is made acting sheriff. As such, she vows to find his killer.

Despite the obvious disparities, these women know they are going to have to learn to trust each other if they want to find out what really happened to the man they both love.

Lily needs Marvena's help because she has information that may lead to the killer. Marvena needs Lily's help because Lily has a car, knows how to drive it, and may also have Daniel's notes detailing his search for Eula.

Immediately following Marvena's visit, odd memories filter into Lily's mind, memories of events that didn't make sense at the time begin to come together. First, she finds a bank book hidden away in the attic showing an amount far beyond what Daniel's $165 monthly salary would allow. Next, she searches his old footlocker:

"And this is not a collection of a man. Or of an older woman. It's a young woman's collection—a young woman on the brink of childhood. . . . Eula's? . . . The chest is deep, with sufficient layers for hiding small items. Notes for cases he'd rather she not know about? She's never suspected such, but then, she'd never anticipated a woman like Marvena was part of Daniel's life . . . "

After that, both women learn things about Daniel they didn't know before.

The furious clash between early day mine workers and owners is at the center of this riveting novel inspired by real lives and events. The author's extensive research into the issues surrounding this struggle are presented with compassion and genuine emotion.

Despite toiling long, laborious days for low wages, miners live in extreme poverty and barely survive. They are completely beholden to the rules and whims of the mine company that runs the school, the store, and even owns the houses they live in. School is only available to children if their father is working there. When workers are injured or killed, 11-year-old sons are expected to take their place. Either that or the widows and children are evicted and forced to move into a tent camp.

Marvena is one of the lucky ones. She has a moonshine business on the side, an illegal business Daniel had ignored when he was alive. What will happen to it now that he's gone?

Ross Mining has hired the Pinkerton's Detective Agency to police the workers, the mine and the union organizers. Union sympathizers, too, because even talk of a union is punishable.

Pinkerton's does not come out looking very good:

"They're all too often thugs and thieves, Lily, Daniel had said more than once after busting up disturbances the Pinkertons created at the Kinship Inn, where they stayed. Why, they saunter about the county as if their company's badges make them better than other men . . . The organization is known for working outside the law . . . Pinks drove through, shooting tommy guns into the tent camp. Two women and three children were killed."