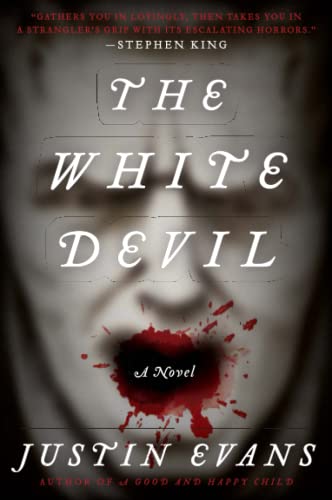 The Harrow School is a 400-year-old boarding school for boys in London, home to privileged adolescents known as much for their distinctive dress and traditions as for their arrogance and schoolboy cruelty. Seventeen-year-old American Andrew Taylor is enrolled in the esteemed British institution by his bullying father, who hopes that the school’s famous discipline will put some distance between his son and his troubled past in the States.

But trouble and danger seem to follow Andrew everywhere he goes. When one of his schoolmates and friends dies mysteriously of a severe pulmonary illness, Andrew is blamed and is soon an outcast, spurned by nearly all his peers. And there is the pale, strange boy who begins to visit him at night. Either Andrew is losing his mind, or the house legend about his dormitory being haunted is true.

When the school’s poet-in-residence, Piers Fawkes, is commissioned to write a play about Byron, one of Harrow’s most famous alumni, he casts Andrew in the title role. Andrew begins to discover uncanny links between himself and the renowned poet. In his loneliness and isolation, Andrew becomes obsessed with Lord Byron's story and the poet's status not only as a literary genius and infamous seducer but also as a student at the very different Harrow of two centuries prior—a place rife with violence, squalor, incurable diseases, and tormented love affairs.

When frightening and tragic events from that long-ago past start to recur in Harrow's present, and when the dark and deadly specter by whom Andrew’s been haunted seems to be all too real, Andrew is forced to solve a 200-year-old literary mystery that threatens the lives of his friends and his teachers—and, most terrifyingly, his own.

Mr. Evans masterfully fuses fiction with historical fact seamlessly to give us a thrilling and compelling read, all the while skillfully combining the themes of gothic and psychological horror to terrifying effects. He has placed just the right amount of tension on each page to augment the creepy atmosphere of Harrow and its somewhat sinister residents, and permitted the narrative to transcend beyond just a modern-day ghost story. The Shining meets Tom Brown’s School Days in a very disturbing way, The White Devil is not recommended for those of a nervous disposition, nor to be to read alone at night. Devilishly entertaining.