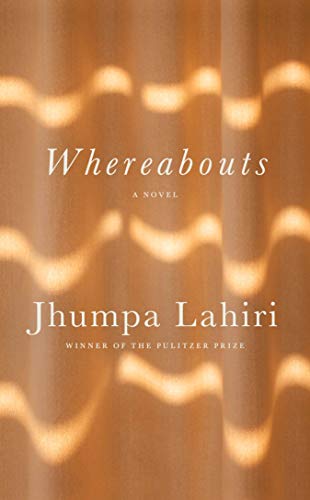 The question of literature composed in a second language is a vexed and interesting one. Some writers—think of such past masters as Joseph Conrad and Vladimir Nabokov—choose a language not their natal tongue once they settle elsewhere (in the former case England, the latter America). Their English bears the traces of conscious acquisition and can seem at times over-ornate. Other authors—Samuel Beckett, for example—renounce their native tongue in favor of a simplified alternative, in Beckett’s case French. He wrote, in effect, that English was too easy for him, and he wanted to abandon the verbal play that characterized such early work as Whoroscope or More Pricks than Kicks.

Now Jumpa Lahiri, an American writer, has chosen to write in Italian. She has been doing so for years. In the appropriately titled, In Other Words (2017) she puts it thus: “In a sense I’m used to a kind of linguistic exile. My mother tongue, Bengali, is foreign in America. When you live in a country where your own language is considered foreign, you can feel a continuous sense of estrangement.” That personal account was composed in Italian—her third language, after Bengali and English—but came to us via the eminent translator Ann Goldstein, because, as Ms. Lahiri explains, “Translating the book myself would have broken that discipline; it would have meant reengaging intimately with English, wrestling with it, rather than with Italian.”

In Whereabouts, her new novel, she has “broken that discipline” and become her own translator. Conceived of in Italian but now appearing in English, this novel does indeed have a transatlantic feel to it—or, perhaps, the more appropriate word is something like dislocated or suspended, with a purposively abstract sense of time and place. The title word, whereabouts is never fully rendered specific, our nameless first-person narrator speaks and writes in brief chapters that do not provide, in traditional terms, a sequence or a scene. The epigraph from In Other Words—a line from Antonio Tabucchi—feels apposite: “I needed a different language: a language that was a place of affection and reflection.”

“Affection” and “reflection” remain Ms. Lahiri’s terms. They establish tonality here. We never doubt, as readers, that we are in Italy and in the presence of a non-native woman both adrift and anchored, in search of precarious peace. The book describes a trip or two, an almost-affair, a series of meetings with friends and strangers in restaurants or on the street. Four pages deal with the narrator’s view of a mouse; more commemorate her dead father and surviving mother. The through-line is self-reflexive, requiring neither a specific antagonist nor a beginning and end. These entries do accumulate to the descriptive category “novel,” but in a recent issue of The New Yorker magazine they were cobbled together as separate scenes; it’s more a tone-poem, perhaps, than a story that reads, Then, and then . . .

Most novels reach a climax or at least a dénouement. We’re asked, as readers, to believe a book’s characters change and grow, but are offered scant evidence here. Our narrator at journey’s end resembles the narrator at story’s start; it’s hard to see what changed. The themes are those of identity, selfhood, and alienation, of who belongs where why. And since linguistic displacement is the natural medium for such a message, it makes a kind of non-traditional sense that Whereabouts found its first expression in a “foreign” language. Nothing if not self-aware, the author acknowledges her journey toward abstraction. As she wrote in In Other Words, “The places are undefined, the characters so far are nameless, without a particular cultural identity. The result, I think, is writing that is freed in certain ways from the concrete world. I now construct a less specific setting.”

“Less specific” is the operational decision, and “the concrete world” remains at a remove. The brief chapter “In the Hotel”—each of the chapters has titles--begins: “I need to spend three nights out of town for a convention. The hotel is full, besieged by my colleagues.”  We will not learn the name of the town, the occasion for the convention or the expertise of “my colleagues,” but are told in no uncertain terms that “I dread this annual event: the same convention, the same crowd.” When the narrator, in “On Vacation,” declares, “I arrive in a sunlit, peaceful little town,” we will not learn its name. In “Up Ahead,” this sense of—how best to describe it?—impersonal personality comes clear: “My double, seen from behind, explains something to me: that I’m me and also someone else, that I’m leaving and also staying. . . . Did I imagine her? No, I’m certain I saw her. A variation of myself with a sprightly step, determined to get somewhere, just up ahead.”

The temptation is to quote unstintingly, because this sort of conceptual abstraction requires that language be central. What we have and take away from the experience of reading Whereabouts is its sonority, its verbal precision and play. “These words are my abode, my only foothold.”

Elsewhere, in the chapter titled “Nowhere,” the narrator states, “Because when all is said and done the setting doesn’t matter: the space, the walls, the light. It makes no difference whether I’m under a clear blue sky or caught in the rain or swimming in the transparent sea in summer.” The storyline is less important than the act and procedure of telling; the action consists of self-scrutiny, a kind of inward pilgrimage. In “On the Train,” our author has been offered something to eat by fellow-passengers; she declines and in the book’s last passage, writes: “Now I regret not having accepted even a morsel of their lavish meal. But thanks to them, not even a crumb of it lingers.”

Still, the strength of this slim book lies in its particularity. Passage after passage offers detail after detail, and these are always vivid and persuasive. The landscape, whether rural or urban, is carefully limned; the spoken encounters compel attention, and the train rolls on.