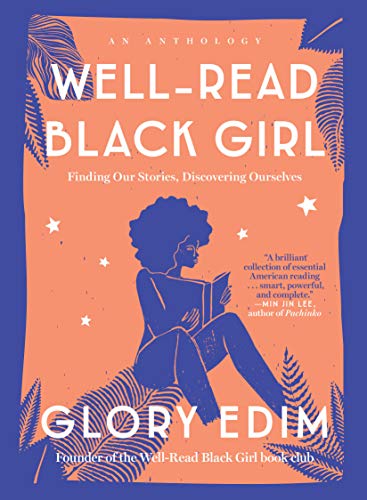 Glory Edim is the founder of the hugely successful Well-Read Black Girl, a Brooklyn-based book club and digital platform that celebrates the uniqueness of black literature and sisterhood. Edim said she “wanted to develop creative space where Black women’s voices could be centered.”

As the editor of the anthology Well-Read Black Girl: Finding Our Stories, Discovering Ourselves, Edim introduces us to some of the most prolific black female writers of our time who reveal the magical first time each one recognized herself in literature. Also noted were the encounters that felt like betrayals.

Jesmyn Ward poignantly recalls her feelings when reading Roll of Thunder and says, “Cassie’s story made me acutely aware of the fact that in that moment, she inhabited a black body, and so marked, would never be gifted with escape. So much of my horror stemmed from the fact that I recognized Cassie’s face as my own. It was too much.”

Rebecca Walker writes candidly about the conflicts of choosing children instead of careers and reveals how she was raised to think she would lose her identity in her eloquent essay, “Legacy.” “What else to do but write about this dilemma? Give it air and shape and a space to breathe, to work itself out.”

Gabourey Sidibe gives a moving essay in “A Hard Row to Hoe,” which relates back to her most important read; autobiography Gal: A True Life, by Richie Bolton.

Kaitlyn Greenidge says in her thoughtful essay, Books for a Black Girl’s Soul that “. . . there is a special thrill in finding yourself in the work of other women of color.”  Greenridge shares ten titles that reflect some of the moods and selves and experiences she uncovered.

Well-Read Black Girl’s intimate collection of stories are inspiring, and an honest reflection and a powerful reminder to commemorate and raise black women’s voices to show how the stories we read can heal and shape identities and ultimately empower us.