We Went to the Woods: A Novel 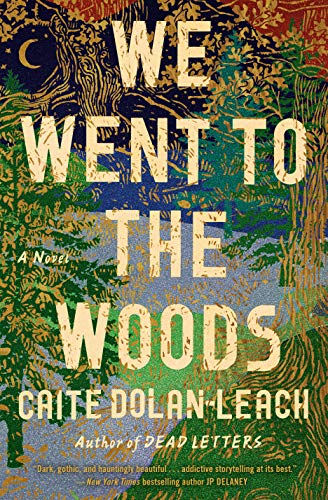 There isn’t much mercy in this viral age for anyone who’s publicly indiscreet, and when Mackenzie Johnston, more commonly known as Mack, betrays her housemate on reality TV, she’s swiftly submerged in a torrent of terrifying abuse.

Up to her armpits in student debt and frightened by the ferocity of social media strangers hell-bent on making her suffer, Mack moves back into her disapproving parents’ home, changing her contact details, feeding her self-loathing by Googling her own name, and waiting tables while trying to hide from her public humiliation—as well as from a deluge of anonymous attackers.

“After everything that had happened on the show, I’d publicly tweeted an apology before shutting down my Facebook and Instagram and Twitter,” she says. “. . . all had become so toxic that just the sight of those little icons on my screen made my stomach flip with dread . . . threats and hatred found their way to me through the Internet.”

A chance meeting with a charismatic young woman called Louisa and her three friends, who dream of creating a small utopian society, offers her a way out and an unlikely place to hide.

The plans for their rural revolution are served up to Mack at a garden party to which she’s been invited after a soul-destroying stint lugging equipment and tending bar at an up-market fundraiser. Still dressed in dreary black and sensible, catering-dogsbody clogs, she feels like the plain cousin at a festive jamboree.

A week later Mack, the only one of them with a vehicle, a rusty pickup which had belonged to her father (“yet another charity begrudgingly offered, along with my childhood bedroom and tense dinners of meatloaf and tuna casserole”), visits the Homestead with her newfound friends.

“I’d like to think it was a meeting of minds, that we found our way to one another and knew, in a moment of kismet, what we were destined to do together,” she says.

“We thought homemade pickles and working for ourselves under the broad, open sky would save us. We really did. Everything was so irredeemably fucked up and horrifying that the only answer seemed to be self-sufficiency, homegrown zucchini and big crocks of sauerkraut.”

Self-sufficiency and her quest for secrecy aside, infatuation plays no small part for Mack in her eagerness to join the friends in their endeavors, although it’s something she doesn’t realize at the outset. It’s been a long time since she’s managed to relate to anyone, and she’s surprised at how quickly she’s drawn into their sphere.

It doesn’t take much for the disillusioned twenty-somethings to persuade Louisa’s lawyer father, who conveniently owns the land—“one hundred acres of mossy woodlands and neglected fields” and some basic assorted structures—to rent it to them for a nominal fee. He has a self-confessed fondness for idealists, which is why he’d named his daughter after author Louisa May Alcott, whose own father had founded a short-lived utopian commune.

Anthropologist Mackenzie quickly appoints herself community chronicler, seeing it as almost her duty to tell their tale, honoring their efforts, as well as other like-minded predecessors in the group’s Waldenesque pursuit.

Like Walden’s author, 19th century transcendentalist Henry David Thoreau, they were anxious to try out a different kind of life. “I went to the woods,” wrote Thoreau, “because I wished to live deliberately, to front only the essential facts of life, and see if I could not learn what it had to teach, and not, when I came to die, discover that I had not lived.”

Unlike Thoreau, who was perhaps more literary fraudster than youthful fantasist, Mack’s interpretation of events is seen through the prism of her own naiveté.

Instead of marching to the beat of a different drummer, however, the group quickly falls into communal living’s most clichéd traps—disunity, disgruntlement, and sexual jealousy.

Soon different, more sinister, agendas emerge, not least from a peripatetic neighbor whose influence stokes a more horrifying and deadly response than any of them could have imagined.

We Went to the Woods is a suspenseful, sometimes heart-pounding, wholly realistic story of a group of bright young things caught up in a quest to get away from modern society’s ills and create their own lives in their own way.