We, the Survivors: A Novel 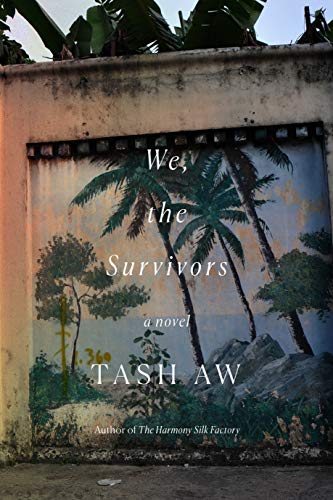 We, the Survivors is narrated by the protagonist, Lee Hock Lye, and it’s basically the story of his life. He tells it to a young researcher, Tan Su-Min, who is trying to document and understand what led to the violent crime that destroyed him. There is no mystery about the crime itself. We learn in the first few pages that Lee beat a man to death with a tree branch and that he makes no excuses for doing it. It takes us the rest of the book to discover how that happened, and why, and its inevitability.

Lee is arrested and convicted of homicide. While in prison, he’s savagely beaten, leaving him with permanent back injuries and a limp. When he’s released, it is not only his body that’s been broken. He’s uncomfortable with people in everyday situations, making it impossible to keep a job, and he lives on meager savings and charity from his church. But he says he’s happy with the boring routine, no longer having any aspirations to improve his circumstances or even to change them. “I want everything to stay the same,” he tells Su-Min more than once.

Lee grew up in a rural village on a strip of land between a river and the sea, and his parents made their living from fishing. But increasing pollution from the factories upstream reduced the fish, and eventually his father gave up and left for the city in search of work. He never returned, leaving Lee and his mother to fend for themselves.

They start farming a small piece of land, clearing it for crops with backbreaking labor. Initially they do well. But the sea wants the land back, and the inundations force them off. Lee heads for Kuala Lumpur, taking a variety of unskilled jobs, but the dream of joining the wealthy city dwellers is denied him. Still, eventually he becomes the manager of a small fish farm. Now at last he has prospects and marries.

“When life evolves like that, one small gift coming on top of another, you start to feel strong. Your salary, which surprises you at the beginning—because its regularity is astonishing, because it keeps coming to you even when you think it might stop abruptly at any moment—starts to feel as if it has always been there. An unshakeable part of the universe, like atoms or the cells in your body.”

But it isn’t unshakeable. When Lee’s labor force gets cholera at a critical time, he’s faced with losing everything. He turns to Keong, a man he’s known since childhood, for help. Keong may be the most interesting character in the book. He is amoral, foulmouthed, violent, untrustworthy, and he hates the village where they met as boys and where he stayed for as short a time as possible.

Yet their friendship persists. He is almost like a drug to Lee; Lee knows he should drop him, knows that most of what Keong does is illegal. Yet he can’t do it. From time to time Keong disappears from his life, but always returns at unexpected and usually inopportune moments. One thing you must never do is get into debt with Keong. So when that happens to Lee, we know that his story is nearing its end.

Lee’s life is summed up at his first meeting with Su-Min:

“You want me to talk about life, but all I’ve talked about is failure, as if they’re the same thing, or at least so closely entwined that I can’t separate the two—like the trees you see growing in half-ruined buildings in the Old Town. Roots clinging to the outside of the walls, holding the bricks and stone and whatever remains of the paint together . . .”

We, the Survivors reveals Lee as a man physically strong, at least in his youth, but with character weaknesses that make his failure almost inevitable in the unforgiving circumstances in which he finds himself. The novel has a strong sense of place, but more important is its powerful sense of culture. Tash Aw reveals both with tight prose, as when he continues the description of the jungle fig reclaiming buildings for the forest:

“. . . the doorway is now just a shadowy space that leads to a huge tangle of foliage. Where does one end and the other begin? Which one is alive, which is dead? Still, on the ground floor of these houses, there’ll be a business or shop, some kind of small operation, an old guy who’ll patch your tyres for twenty bucks . . . These people haven’t made a decent living for twenty years. They’re seventy-five, eighty years old. Still alive, but their business is being taken over by a tree. Imagine that.”

Imagine that indeed. We’re shown the way people live and how they survive—those that do. Tash Aw pulls no punches.