Since We Last Spoke 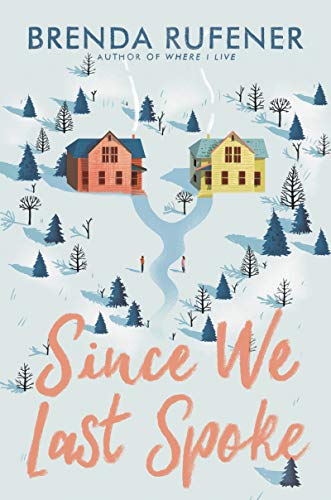 “Since We Last Spoke is a compelling exploration of the power of love to overcome loss as seen through the eyes of two lovestruck teens caught between warring families.”

Since We Last Spoke is a compelling exploration of the power of love to overcome loss as seen through the eyes of two lovestruck teens caught between warring families.

Told in alternating points of view of its protagonists, Aggi and Max, we learn that Max’s brother was killed in a car accident on the same night that he and Aggi, lifelong friends and neighbors, finally consummated their love. Aggi’s sister was driving and unhurt, instantly creating a rift between the two houses, with the adults hurling accusations and threats, until Aggi’s sister kills herself.

A year later and the shattering grief that has devoured both families has still not healed. Because of their fathers’ mutual lawsuits, Aggi and Max are forbidden from speaking. Aggi’s mother has withdrawn from the world, offering neither comfort nor even acknowledgement of her remaining two daughters, Aggi and the baby of the family, Grace. Her father has descended into fury, his outbursts reeling toward the brink of violence, becoming “a wrecking ball that swings at me, at Mom, at Grace, and no matter how quick we duck and dive, it’s breaking off hunks of who we once were. One more swing and I’ll be nothing but debris.”

The situation at Max’s home appears better on the surface: his parents at least have been able to function, channeling their energy and pain into the lawsuit against Aggi’s family. But this healing is strictly superficial as they move through a life that has become a circling of the clock and its routines with none of the emotional connection that Max yearns for, isolating him in his grief.

Fortunately for both Aggi and Max, they are surrounded by wise and thoughtful friends who protect them, even from themselves, refusing to allow them to become mired in their pain. These friends are at times more interesting than the main characters since they propel most of the story, plotting ways to get Aggi and Max back together, working to give them each safe space to share their emotions, and protecting them from two sets of parents who seem oblivious to the pain their children are suffering—and whose actions only serve to create more pain.

Rufener’s lyrical prose is the force that keeps readers compelled to turn the pages in what could have easily devolved into melodrama. While the climax is rushed and confusing, bringing almost every character even casually mentioned onto the page simultaneously, that aside, When We Last Spoke is an emotionally honest exploration of grief and the courage to embrace life after loss.

As Aggi says, “Snowflakes only share their beauty when their journey ends. You only see the artful design after they land. Snowflakes never reveal the hell it took to form them.”