The Water Dancer: A Novel 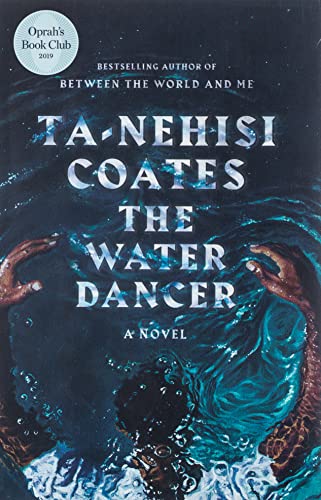 “Ta-Nehisi Coates has long been among America’s most clear-eyed scholars of race and racism. The Water Dancer is a masterpiece built within that clarity. Its story is vivid, compelling, and ultimately satisfying.”

At this stage, no one should need reminding that Ta-Nehisi Coates is a magnificent writer. The author of Between the World and Me and We Were Eight Years in Power, the journalist who wrote “The Case for Reparations” and “The Black Family in the Age of Mass Incarceration,” the winner of the MacArthur Genius Grant is a cultural fixture. Maya Angelou hailed Coates as the writer who filled the void left by the late James Baldwin.

All of that taken into account, Coates’ first novel, The Water Dancer, is still a staggeringly good book. In it, Hiram Walker, the son of a slave and a slave owner, discovers that he possesses a staggering but apparently uncontrollable power. It saves his life, even as his white half-brother drowns. Yet Hiram has no idea what this power is, how to manage it, or how it will shape his destiny.

The Water Dancer carries echoes of other antebellum stories. One is reminded of both Octavia Butler’s Kindred and Colson Whitehead’s The Underground Railroad. Coates likewise honors those whose original accounts of slavery drove abolitionism.  The style of Coates’ writing is elegant and 19th century, echoing the careful, thoughtful language of slave narratives.

Hiram’s account of his wastrel half-brother is a study in furious, modulated: “Social instinct and grace had not found him in manhood. He gambled and drank to excess, because he could. He fought in the street, because no matter how throttled, he could never be throttled from his throne. He lost fortunes in the arms of fancies, because the labor of the Tasked—and sometimes their sale— would cover all his losses.”

The “Task” looms over every moment of the novel. Coates has long recognized how a century and a half of discourse have damaged American understanding of history and language. When “Task” replaces “slavery,” a proper noun emerges, malevolent and a little mysterious. It emphasizes the work at the core of slavery. Some of that work is grinding and physical; some of it is sexual; overwhelmingly, it is emotional and constant, and like God, it swallows souls. Toni Morrison wrote of how one becomes a slave; Coates shows how the Task is imposed from outside, transforming the Tasked without regard for their humanity.

Coates emphasizes slavery’s profound insult to human dignity. Where Colson Whitehead details grotesque physical punishments, Coates accentuates slavery’s less visceral evils. Family separation, long a historical footnote, becomes central. Hiram’s emotional landscape is scarred forever when his father sells his mother without warning or explanation. She and her son are nothing to the man who owns them; they do not signify. The sheer emotional weight of that insult is as profound as any physical misery that follows.

The subtle linguistic gesture of naming the Tasked is all the more powerful because the word carries with it a clear agency. For the Task to exist, the “Quality” (wealthy slave owners) must assign the Task. Slavery is not a mysterious institution without origin or intent. It is violence enacted on human beings by others. The Quality may hold themselves above the Tasked, but they are profoundly corrupt, as those who exploit human beings for wealth must inevitably be.

Coates never minces words, nor does protagonist Hiram. He names the evil that he sees: “Bored whites were barbarian whites. While they played at aristocrats, we were their well-appointed and stoic attendants. But when they tired of dignity, the bottom fell out. New games were annointed and we were nothing but pieces on the board. It was terrifying. There was no limit to what they might do at the end of the tether, nor what my father would allow them to do.”

That passage, and the entire novel carry a moral indictment of whiteness and white supremacy that breaks through a century and a half of softening language. In these pages, no historical distance or separation is possible. Every person who benefits from whiteness is implicated. No one can claim inculpability.

The white abolitionists of the novel must to come to terms with their complicity in the ongoing atrocity. Hiram identifies “fanatics” within the Underground, and notes, “All of these fanatics were white. They took slavery as a personal insult or affront, a stain upon their name. . . . And when their cousins perpetrated the base practice, it served to remind them how easily they might do the same. They scored their barbaric brethren, but they were brethren all the same. So their opposition was a kind of vanity, a hatred of slavery that far outranked any love of the slave.”

Ta-Nehisi Coates has long been among America’s most clear-eyed scholars of race and racism. The Water Dancer is a masterpiece built within that clarity. Its story is vivid, compelling, and ultimately satisfying. It is everything we might have hoped for in a novel by Coates, even as we felt we had no right to expect half so much.