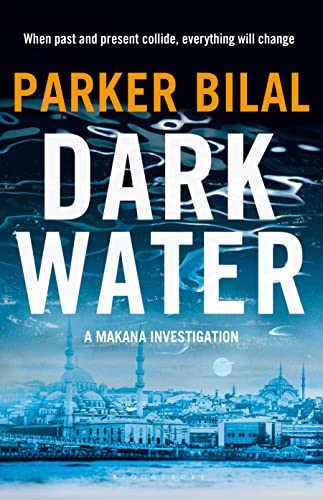 “Private investigator Makana is a breath of fresh air, filled with humanity and empathy . . . an electrifying, psychological thriller, one that will keep you guessing right to the very last page.”

When an Englishman by the name of Marcus Winslow appears at the home of Makana’s door in Cairo one April morning, the Sudanese refugee turned private investigator does not realize that he will soon risk losing everything he has built for himself in Egypt by this unexpected visit.

Winslow claims he represents the British Secret Intelligence Services and that he has a special mission to offer the PI, one that Makana cannot resist: bring in Ayman Nizari, a dangerous specialist in biochemical nerve agents. Nizari is on the run and asking for asylum. Seemingly, the only person who can be trusted to bring him in is Makana—by Nizari’s own request. According to intelligence gathered, Nizari has gone underground in Istanbul and is hiding from notorious terrorist leader, Abu Halil, who wants to force him to make deadly weapons of mass destruction.

Makana is neither fully convinced nor committed to this extraordinary request until Winslow reveals a shocking claim, one that rocks the PI to his very soul: Nizari claims he has information and evidence about Makana’s daughter, Nasra, thought to be long dead but now, according to Nizari, very much alive.

Makana was once chief of Sudan’s Criminal Investigations Department with a reputation for fairness and integrity. However, when regime change took over, a subordinate used it to hound Makana and his family, wife Muna, and daughter Nasra, from the country and into exile. While fleeing, Muna had been driving when she was forced off a bridge and into the water beneath. Makana was the only one of the trio to be thrown clear and has been living with the torturous guilt ever since.

Can this shocking information about Nasra be true? Or is Winslow simply manipulating the emotional guilt weighing down on Makana?

Makana feels he has no other choice than to meet Nizari and find out the truth about his daughter, one way or the other.

For the first time since arriving in Egypt, Makana must travel abroad, to a city he doesn’t know or a language he doesn’t understand. Can he trust Marcus Winslow whose dodgy behavior is becoming increasing questionable, and whose existence seems to have been erased from every record checked by Makana? Or is something more sinister in the works planned for Makana?

In Istanbul, Makana soon realizes that nothing is what it appears to be as paranoia quickly sets in. Everyone he meets is suspect—even the most mundane encounter raises weariness and suspicion. When he finally gets to meet Nizari, suddenly Makana’s past comes racing to catch up with him as he becomes both hunter and hunted. For Makana, his life will never be the same.

This is book six in the critically acclaimed Makana series, but can easily be read as a standalone without any difficulty of losing continuity. Private investigator Makana is a breath of fresh air, filled with humanity and empathy for those less fortunate. Not for him flashy cars or an expensive home, but a dilapidated houseboat in Cairo where he barley ekes out an existence. Parker Bilal (pseudonym of Jamal Mahjoub) is a master storyteller and Dark Water is an electrifying, psychological thriller, one that will keep you guessing right to the very last page.