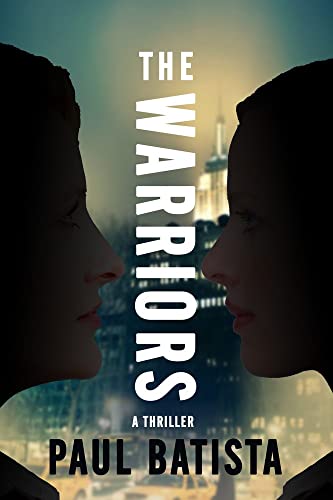 “The Warriors is immaculately plotted, as you’d expect of such a credentialed author.”

Paul Batista steps to the author’s role in this extended courtroom drama with top-flight credentials: a criminal defense lawyer for more than three decades and an expert on “RICO,” the federal racketeering statute, he’s also the author of four previous thrillers.

The Warriors provides defense attorney Raquel Rematti with a dream case: defending a former First Lady who’s about to run for President of the United States. No, don’t imagine a “Hillary” clone here—Senator Angelina Baldesteri could be a clearly corrupt and manipulative version of Jackie Kennedy, though, freed from children and husband and racing to take what should be hers.

Batista’s staging of these women in action is embedded in mob manipulations and crime upon crime; it doesn’t take long before Raquel Rematti realizes her client’s courtroom “cool” is the cover for a vicious and immoral manipulator with a web of lies. Only Raquel’s sturdy and affectionate personal partnership with TV news anchor Hayes Smith can keep her balanced enough to sustain such a complex and destructive client relationship in court. Of course, the couple must have absolute trust in each other, which is about the only thing going right for Raquel.

“By now she felt no restraints. They had agreed when the Baldesteri trial started that she’d tell him everything about each day’s events and that he would repeat none of it to anyone . . . The trial dominated Raquel’s life, just as it dominated the news, eclipsing Putin’s invasion in Syria and the migration of hundreds of thousands of Muslims to Europe and the drowning of many of them in rickety boats in the Mediterranean and Aegean Seas.”

The revelation that slowly arrives, though, is that Raquel and Baldesteri are being manipulated by the same Mexican cartel, and an underlying darkness of violence curtains all the action.

The Warriors is immaculately plotted, as you’d expect of such a credentialed author. Whether the book works for readers, though, depends also on whether Batista’s portrait of Raquel as both vulnerable and “tough enough” can sustain multiple character dimensions. That’s Batista’s weaker side. So for maximum enjoyment, focus on the courtroom and crime action, and let the wild ride carry this thriller.

With all its touches of “alternative politics,” Batista’s imagined crisis in American politics sounds a warning bell. Hackers, colluders, election manipulators—it’s all way too familiar these days, and Batista points out the damage that may rapidly erupt.