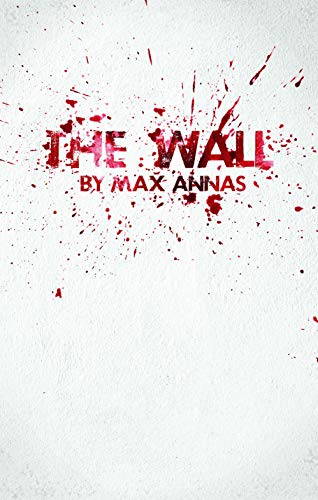 “polished prose lifts up the tale, raises the tension step by step, and makes it an above-average story.”

This is a quick read, but it’s a fluent novel and nicely paced to boot.

It’s written by a German author, Max Annas, who has built a reputation at home for unusual crime novels. With this, his second novel, he won the 2017 German Crime Fiction Prize. He also won the same prize a year earlier for his first novel, The Farm.

It’s two stories in one—one man on his own and another man with a woman. The man alone is tring to escape the police. The man and the woman are robbing houses in a large gated community in the city of East London in South Africa.

The cluster of houses was built in such a way with walls that don’t fully enclose the yards that is perfect for robbers to hide and run through. Very few black people live there. What black people the would-be robbers encounter—gardeners, maids and nannies—seem friendly even when they were later in the story on the run with the guards and police on their tail.

Thembinkosi and his woman friend, Nozipho, break into a house and find a stack of money hidden away in a drawer. Right at the same time they see a black man, Moses, running past the window, being chased by a white man. Moses outpaces the white man, but then has to dodge the security car and the street cameras. He weaves in and out of the yards and alleyways, uncertain of his direction but hopefully aiming for the main gate.

Meanwhile, Nozipho and Thembinkosi find a body in a freezer. Two loud-mouthed burly men return to the house and the two robbers, scared as hell, hide in a cupboard.

What follows is fairly predictable, as Moses runs and leaps over walls, avoiding capture by the skin of his teeth, and the other two hide in the cupboard, waiting for the moment when the two armed men are distracted, which takes a long time in coming, when they can make an escape. But polished prose lifts up the tale, raises the tension step by step, and makes it an above-average story.