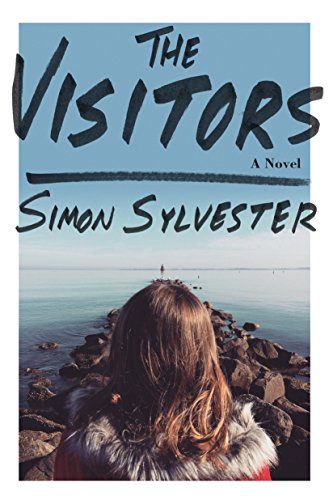 “if you like your novels dark and stormy, this one is a winner.”

You know a book is well written when you find it creepy and sour yet can’t stop reading, desperate to know how the layers of possibility come together and resolve.

Simon Sylvester achieves that “grab” in his first novel, a young adult—sort of—mystery blended with intriguing myth about selkies.

Selkies are legendary creatures of the northern countries of Europe, in this case the remote Scottish isles where Flora lives. Her history class is tasked with researching and writing a report about the ancient legend of their choice, and she chooses selkies—seals that take human form for love and bondage. They can be controlled by anyone who possesses their skin. Flora learns that no matter what story is told about a selkie, heartbreak always results.

With this in the back of her mind, she goes through the trials of her reality: a boyfriend who escapes the island for college (along with all her friends, since she hung out with him and them instead of her peers, so now she’s friendless for her final year in school); the tedium and despair of living on an impoverished speck of land where you don’t fit in; a mixed-up family of stepfather and mother, and an infant brother she can’t possibly relate to; the vicious scion of the island’s only industry who bullies the boys and menaces the girls, including Flo; and then, mysterious neighbors who move into the dilapidated house on Dog Rock, a islet in view of Flo’s window.

The new neighbors comprise a dour but stunningly handsome father and his beautiful, enigmatic daughter, Ailsa. She enters school in Flo’s class, and the two misfits become friends. That might have happened naturally, but Flo and Ailsa are drawn together too fast and too intimately by the strange doings developing around them on the island.

Men are disappearing. At first it appears to be statistically likely mishaps—a chronic drunk falls into the sea at night; a chronic wanderer wanders off—but soon it becomes an ominous pattern, and people who should come home fail to do so. Like Flo’s stepfather’s best friend.

A woman has gone missing, too: Aisla’s mother, from the time Aisla was a baby. Her father has been searching for her ever since. But he becomes the prime suspect for what ultimately proves to be murders. Flo and Aisla are sucked in and become too involved to get out as their world explodes into treachery and violence.

Throughout the buildup, Flo keeps seeing and experiencing things that correlate with her studies of the selkies. Yet she knows they can’t exist, so she gropes for other explanations. But there are none. And there’s no hope for herself and her friend and family, no future for her beyond the dying island.

How she gets out of this drives the reader to frantically turn pages until everything finally makes sense.

In its micro way, The Visitors is a dystopian novel. While the world at large carries on, unaware, Flo’s world collapses into ruin, with her one of the few survivors. She carries the nightmare into her surprising future. The story, although aimed at young adults with a teenage heroine, is complex and sophisticated enough to appeal to adults. So if you like your novels dark and stormy, this one is a winner. If you like them warm and sunny, then it’s probably one you should skip.