The Visible Man: A Novel 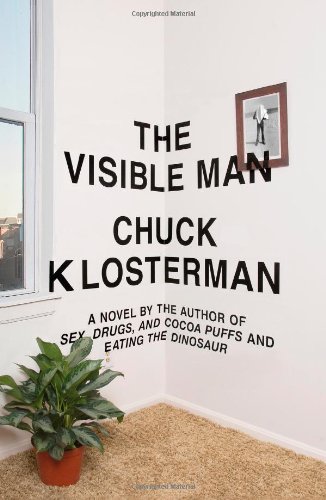 “. . . a coherent and compelling—not to mention inventive—page-turner. . . . A densely layered, intelligent read, The Visible Man offers a witty, acerbic, and thought-provoking take on American narcissism in the 21st century.”

Fans of essayist Chuck Klosterman will find a lot to like in The Visible Man, his latest foray into the realm of fiction.

For one thing, the novel’s antihero—a petulant and narcissistic sociopath known only as Y____—offers riffs on postmodern culture that rival those found in the pages of Mr. Klosterman’s bestselling nonfiction collections.

Consider, for example, Y____’s pithy take on a cheerless customer at a TGIFriday’s: “She didn’t look like she was thanking God for anything.”

Or even his deft deconstruction of what we perceive as technological progress: “To a seven-year-old, a computer doesn’t even qualify as technology. It’s a like a crowbar. Everything magical is temporary.”

Indeed, as the novel progresses and the majority of its small pool of characters also turn out to speak in the same pithy, witty cadences as their creator, it’s easy to get the impression that The Visible Man is an amalgam of ideas and observations that never metastasized into full-blown essays and were instead strung together in the form of a novel.

But here’s the thing about Mr. Klosterman: Even the scraps he stitches together are more interesting and better articulated than most people’s fully developed ideas. What’s more, he’s incredibly skilled at stringing these scraps into a coherent and compelling—not to mention inventive—page-turner.

The plot of The Visible Man revolves around therapist Victoria Vick’s efforts at understanding Y____, who claims to have invented a suit that allows him to observe the world at large without being seen. As Victoria’s skepticism towards the mercurial and oddly charismatic Y____ gives way to fascination, their relationship moves beyond the purely professional and into the dangerously perverse.

Recounting all he’s seen while cloaked in his special suit, Y____ offers Victoria a rare glimpse into the secret life of lonely, desperate middle America: female stoners with body-image issues, Type-A personalities racked with guilt over their achievements, solitary men who languish in front of computer screens as they type and delete the same sad love letters ad infinitum. Yet when Y____ focuses his powers observation on Victoria, the true nature of their relationship becomes clear, and the pair spiral madly toward an inevitable showdown.

A densely layered, intelligent read, The Visible Man offers a witty, acerbic, and thought-provoking take on American narcissism in the 21st century.