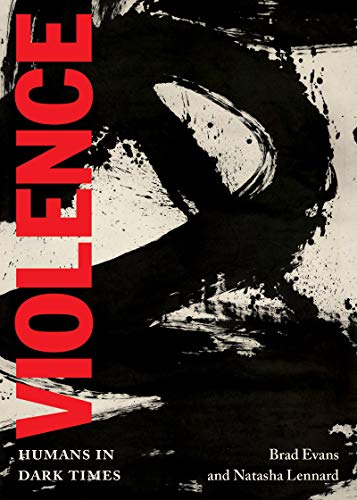 If you wish to read the intellectualization of violence, Violence is a phenomenal anthology. Twenty-nine intellectuals, mostly academics, recruited from various fields of arts and humanities, explore the overt and veiled planes of violence— first published as “conversations” in the New York Times and the Los Angeles Review of Books.

Even though most conversations lay bare the permeation of violence in the American way of life, from the political top to social bottom, a couple of contributors furnish transnational and transethnic perspectives on violence. By and large, the anthology is an indictment of violence fetishized in America.

The anthology exposes violence in art, literature, thought, music, opera, movies, sports, love, landscapes, and in intellect itself. In a way, it mimics the Freudian obsession to find “sex” in everything. Yet the multidimensionality of violence is real, not contrived. By finding omnipresent violence in various fine arts, the anthology deepens our awareness of real violence perpetrated through murder, rape, racism, police brutality, wars, economic sanctions, deportations, drone attacks, guns, torture, and law.

Each description of violence, real and metaphorical, if read alone, outside the anthology, is credible and even gratifying as a piece of literature. However, the anthology aggregates the scholarly insights and expert intuitions to forge a sum much larger than the parts. The anthology still qualifies as good literature delivering edgy delight, but it also tenders a panoramic view of American culture that perpetrates, savors, shows off, sometimes hides, and sometimes celebrates violence.

Some contributors draw attention to Trumpogenic violence as “white terrorists” scurry to appropriate America just for themselves. The hatred that Trump unleashes through his words and deeds empowers the operators of violence to target blacks, immigrants, and Jews. When Trump urges for a wall, his followers know he means not merely “a physical structure” but also “a conceptual exclusion” of certain social groups. The conceptual exclusion is easier to build than the physical wall.

However, Trump is the confirmer and not the originator of violence in America. Violence in the form of racism is part of the nation’s DNA.  George Yancy, a professor of philosophy at Emory University, recounts the “vile and vitriolic” emails, messages left on the answering machine, and snail mails he received after publishing an essay “Dear White America.” In addition to threats and name-calling, says Yancy, some white terrorists promised his “ISIS style” beheading.

Some contributors draw attention to American wars that refuse to go away. All wars are essentially violent. And yet adding premeditated torture to the battlefield emanates from the deeper yearnings for violence. The sexualized torturing of inmates at Abu Ghraib in Iraq exposed through triumphant pictures of naked Iraqis, and the repeated waterboarding of Muslim inmates at Guantanamo, among many other episodes of torture, reveal the sadistic dimensions of war on terror.

“Shit happens,” said Defense Secretary Donald Rumsfeld while dismissing the excesses of war in Iraq and Afghanistan. This lack of remorse is further toughened with what Henry Giroux calls “the violence of organized forgetting.” In amnesia-prone power circles, shit happened turns into nothing happened.

American politicians and policymakers lament the worldwide disrespect for the USA because they have no memory, no remorse, or no empathy for the targets of invasions, drone attacks, denial of medicine to children, separation of families, and deportations. Through organized forgetfulness and remorselessness, let’s make America great again looks backward for glory.

Sometimes, violence is concealed. For years, American soldiers dying in wars came home in boxes unloaded in the middle of darkness to the exclusion of the media, an official policy. Mentally and physically wounded soldiers have been abandoned to disability and poverty. Veterans claiming benefits fight a huge bureaucratic machinery without legal assistance. Even when allowed to cover news, “American TV is terribly good at removing the ugliest side of war.”

Sometimes, violence is marketed as harmless fun. Computer games and movies are loaded with savagery. Grisly scenes dripping with blood and severed flesh are the digital versions of real violence on the battlefield. “You can’t have a gun in an American movie and see it not used,” observes Oliver Stone, the movie and documentary director. And yet when guns mow down people in churches and nightclubs, we are told, it’s not the guns that kill.

Intellectuals may themselves sponsor violence, notices Elaine Scarry, a Harvard professor of literature. Some law professors, the so-called guardians of law, offer their smarts to defend and even instigate innovative modes of violence. Alan Dershowitz, who had taught law at Harvard, argues for exceptions to permit torture. John Yoo, a law professor who teaches at Berkley, wrote memos as a White House lawyer, defending the extreme infliction of pain and suffering on prisoners short of organ failure or death. Some war prisoners died under the Yoo-approved torture, says Scarry.

Gender violence is part of the American culture. Pornography, commercials, and even music constantly berate women as sensual bodies without intellect or spirit. Christopher Alden, an opera director, points out the “eroticization of female disempowerment played out in . . . operatic madness and suicide.” The opera audience “draws sadistic pleasure in witnessing her traumatic demise.” Alden argues, however, that the operatic violence can be depicted as something “ugly” rather than “romantic.” Sure!

Brad Evans and Natasha Lennard, the interviewers and the “authors” of the anthology, have done a remarkable job in bringing together perceptive and intelligent contributors from various fields to scout the reaches of violence. Their piercing questions brought out brilliant responses from the interviewees.

Of course, as always, some academics tend to be opaque and so inaccessible to the general audience. Some are razor sharp in baring the pathogenic bones (a violent metaphor). The readers will enjoy many unfamiliar phrases in the anthology, which tickle and even expand our imagination. Cognitive anarchy, neuro-diversity, neuro-atypicality, buoyed racism, and similar expressions force readers to learn notions beyond common vocabulary.

Violence is a valuable contribution to both creative literature and American sociology. Writers, critics, ethicists, and painters reveal social maladies. They do not always succeed in changing the world. Per Bracha Ettinger, a visual artist, “There are no promises: a painting might not do its work. Yet it does give us a chance.”