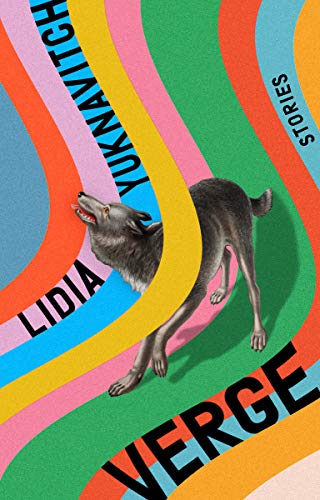 Lydia Yuknavitch has a rare gift for expressing suffering. Her work goes beyond the ordinary discomforts of first world living (though she explores those, too) to the greater horrors that lurk on the edge of mainstream attention. She engages the suffering in that psychic country without prurience or exploitation, and her compassion for her characters creates enormously engaging fiction.

The first story of this collection, “Pull,” imagines a fictional history for the Syrian women who swam to shore, pulling behind them a boat full of refugees. Yuknavitch doesn’t focus on these women’s real lives (which are already documented), but rather on aquatic joy, family, and social breakdown. Swimming is fundamentally human, but competitive swimming demands infrastructure and social cohesion. Still, a determined swimmer finds water: “A kidney-shaped hotel pool next to the supermarket, the ocean on vacations, a bombed-out apartment complex with a half-full pool, leaves and dirt and dust and who knows, maybe blood, too, but she didn’t care.”

“The Organ Runner” explores the layers and ethics of transplants in a nearly lawless eastern European country. Abandoned by her family, a girl whose hand has been re-attached finds herself in a house of orphans. The aunt “(Was she?)” in charge, uses the children to move human tissues for illegal and blackmarket transplants. Human value here is utterly commodified: “The human body, they learned, has eight organs that can be donated to another body. . . . Tissue can also be donated . . . . Everything of a body had worth.” Yet the lives that animate those bodies have almost no value; each person is only an incubator for flesh not yet demanded by the market.

Commodity and exchange exist in western countries, too. The United States is, in Yuknavitch’s work, more similar to failed states than its more comfortable residents would like to admit. In “Street Walker,” a female professor hires a sex worker who strolls near her home, in a gesture she herself does not understand, except as an attempt at class solidarity. In “The Garden of Earthly Delights,” queer desire unites two men working a cannery in Alaska, but terror always lies just beneath their joy.

Interspersed through the book, though, are stories that seem to belong to another collection. Less plot-based and more reflective, these offer portraits of women (implicitly white, implicitly middle class, apparently American) whose anxieties and irritations pale against the horrors of the larger world. A woman, realizing her lover’s infidelity in “A Woman Signifying” rages at the useless advice that batters her: “Grow up! Be sensible, have some self-control. Maybe go on a diet—herbs and tofu.”

It’s not entirely clear whether the contrast between Yuknavitch’s two narrative modes is deliberate. The collection might be intended to satirize the small domestic miseries of heterosexual relationships in a secure and comfortable society. But the book’s title, Verge, points to a more earnest intention. These are stories of people on the verge of something: life and death, violence, humiliation, change.

If the title is earnestly intended, then the “A Woman . . .” stories suffer from their inclusion in this book. Personal misery doesn’t stand up well against the horrors of war, medical violence, and human trafficking. Though the domestic tales are well-rendered, they lose their emotional weight simply by virtue of their context.

Each story in Verge is, on its own, very good. Yuknavitch’s style is engaging, and her characters are emotionally vivid. If the book suffers, it’s only from its own context, and the discomforts it evokes.