The Vanishing Season: A Mystery 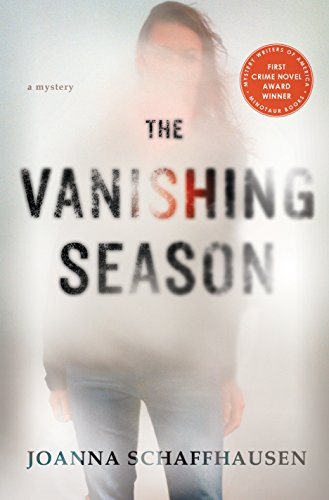 Usually crime novels end when the villain is captured or killed, the victim saved, or justice served. This one starts with a victim who was saved, but her story didn’t end with her rescue, so we meet her now, 14 years later, safe and whole. She is only survivor in a series of vicious maimings and killings. The murderer is securely behind bars; however, she continues living in her own prison formed by the nightmare experience.

In efforts to escape it, she changes her name to Ellie Hathaway, moves to New England, and becomes a small-town cop, telling her secrets to no one. But someone, somehow, knows . . . and is starting up the killing spree all over again. Ellie recognizes a pattern of disappearances that sends up the signal. Just in case she doesn’t get it, the killer sends her an identical, anonymous birthday card right after each person goes missing.

This torment has been going on for three years, and the fourth “vanishing season” is fast approaching. Ellie can’t convince her colleagues to take the pattern seriously; so in desperation she contacts Reed Markham, the FBI agent who saved her 14 years ago and promised he would help her again if ever asked.

She asks, and reluctantly he agrees—a risky action, as he’s in trouble in all areas of his life, not to mention recognizable to anyone connected with the horrors from which he rescued Ellie. Nonetheless, they join forces and ultimately figure out and stop the murderer.

This is good news for the characters, but bad news for readers, in that the killer’s identity becomes obvious about halfway through this tense whodunit. Perhaps that’s because of author inexperience. This is her debut novel, which won the Minotaur Books/Mystery Writers of American First Crime Novel Award. She earned that honor through great writing and characterization and a brain-teaser plot.

She hasn’t quite mastered suspense, however, at least for anyone who reads heavily in the mystery/crime genre and has grown sensitive to clues and red herrings. A passing observation during a minor scene serves as a blinking neon arrow over a “no, it couldn’t possibly be” character’s head. Readers who spot that will find the rest of the book anticlimactic when it should be compelling them to turn pages faster and faster.

Still, it’s worth reading to the end to confirm. The novel takes a fresh path through familiar tropes and provides a satisfying conclusion. It also rightly scathes the media—the “infamy machine”—and shows how its sensationalism can both damage victims and inspire the criminal mind.

For certain, the infamy machine will continue giving ideas to writers and criminals for generations to come, so readers can be sure we’ll never run out of intriguing scenarios for this talented new author to conjure new mysteries around.