Vanished in the Dunes (A Hamptons Mystery) 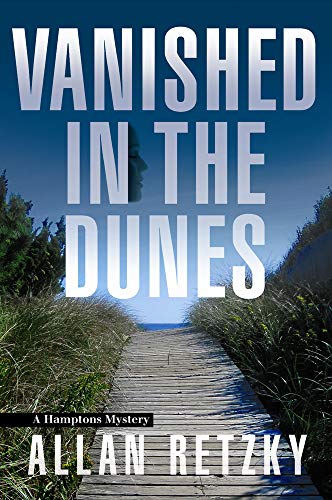 “Look for another beach read this summer.”

Amos Posner is in a sorry state. His finance job has crumbled—although he was just doing what everyone else was doing, the U.S. Justice department caught him—now he’s waiting for a possible indictment. The only solace he finds is in his Amagansett house in the Hamptons. It’s a reminder of the good old days when he had money, a world away from the present, when he now has to rely on his pocket money from his wife’s income.

One May morning he takes the Hampton jitney out to Amagansett, and a woman in a pink and black dress chats with him. He is tempted, but his life is already pretty complicated, he doesn’t need more drama.

But one thing leads to another, and all of a sudden she comes to the house. When she has an accident, he can’t call the police because his wife would find out and his innocent explanation sounds weak, even to his jaundiced ears.

So he buries her.

This is a classic case of the cover up being worse than the “crime.”

There aren’t any likeable male characters. Every male in the book loses his head when faced with the femme fatale. The female characters are shrews, and all end up damaged or dead.

Adding to the woes the book is written in the third person, distancing the reader from the story.

This is a tired plot, and the debut author brings nothing new to the party. If he has made this a thriller about how Amos got into trouble on the job—the author has a metallurgy degree and an MBA—it would at least be a different take on an amateur detective.

Look for another beach read this summer.