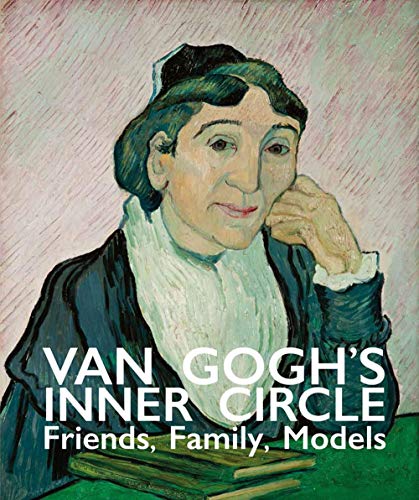 “Packed with 155 images of paintings, sketches, and copies of handwritten letters, Van Gogh's Inner Circle is a unique and welcome perspective on Van Gogh’s varied behaviors and characteristics.”

Adding to the growing canon of Van Gogh research, Van Gogh's Inner Circle addresses an often overlooked angle of this mysterious artist’s complex personality. The common story promoted through general art history books sustains the image of a mentally disturbed and difficult individual. No doubt this was a prominent side that Van Gogh demonstrated. However, Van Gogh had much more depth to his spirit than that.

In a chronological format following through the phases of life in which he made various acquaintances (Friends, Family, Models), Van Gogh's Inner Circle highlights how Van Gogh could be kind-hearted, sentimental, generous, and thoughtful, as well as disagreeable and obstinate. Van Gogh interacted with a wide range of people as he plodded along trying to make something of himself. The colleagues he found inspirational include a who’s who of painters: Anthon van Rappard, Anton Mauve, Emile Bernard, Henri de Toulouse-Lautrec, Camille Pissarro, Paul Signac, and of course, Paul Gauguin.

On the other hand, Van Gogh found comfort in relationships with less seemly characters as he immersed himself with poor workers, laborers, and prostitutes. He spent time with farmers such as the De Groot-van Rooij family, the model-type he used for his The Potato Eaters (1885). And he briefly shared a home with Sien Hoornik, a former prostitute and mother of two.

As much as he was plagued with afflictions and obsessive convictions, Van Gogh was equally charged with a spirit of community. One thing is for certain, Van Gogh wanted close relationships, and he was capable of making friends if he chose to do so. Van Heugten presents this warm and reserved side of Van Gogh to help balance out his image for posterity purposes.

The first essay, in fact the bulk of the content, strolls along from family members, to friends, to models, tracing Van Gogh’s path of breadcrumbs via letters. We see intricate aspects of Van Gogh as he vacillates from being highly stubborn, to endeavoring to maintain an open mind. Underlying it all was a foundational familial love and affection with a compulsive penchant for hard work. He had honorable intensions but lacked the sensibility and the temperament to fulfill them. “It’s as if there are two people in him, the one marvelously gifted, sensitive and gentle, and the other self-loving and unfeeling,” observed his brother, Theo.

Helewise Berger flushes out more of the family dynamics at play in her informative essay. It is here that the reader gets a feel for the roller coaster ride Van Gogh put his family through. While they recognized Vincent’s mental instability and were patient as far as they could manage, the Van Gogh family was pushed to the limits. From today’s perspective, Van Gogh’s condition could very well have been on the autism spectrum, or even bipolar, and he would be able to receive a variety of specialized therapies. In the 1880s there was very little that could be done but to live in a mental hospital, which is exactly where Van Gogh spent his final years.

The letters exchanged between family members during these later years indicate that Van Gogh was fond of his family and regretted very deeply his inability to live tranquilly among them. He suffered in his loneliness and illness, particularly because he so longed for companionship and inspiration. “He had hoped to make his family proud and to reach out to people, and he went about doing so in various ways.”

Ultimately it was these very folks, his friends and family, that would be responsible for his body of work and showcasing what a remarkable visionary Van Gogh turned out to be. Packed with 155 images of paintings, sketches, and copies of handwritten letters, Van Gogh's Inner Circle is a unique and welcome perspective on Van Gogh’s varied behaviors and characteristics.