Van Gogh and the Seasons 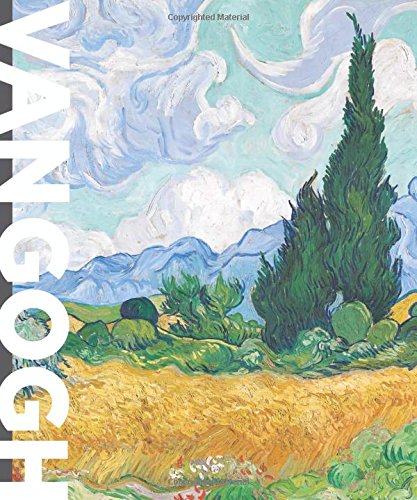 Van Gogh and the Seasons is everything one would want in a Vincent van Gogh monograph and much more.

Van Gogh is one of the most researched modern painters. His work has been sorted and sifted, analyzed from numerous angles. Even Van Heugten himself has studied and written material such as Van Gogh in Provence: Modernizing Tradition, Van Gogh: Colours of the North, Coulours of the South, and Van Gogh Drawings: Influences and Innovations. If it seemed as if there could be nothing left to consider, Van Gogh and the Seasons offers yet another way to interpret Van Gogh.

As the title announces, the seasons of the year are the singular organizational element. However, there is much more depth here than just the weather and the movement of the sun. “A lifetime’s habit of studying nature equipped Van Gogh to observe the smallest changes within the landscape, and a strongly religious upbringing endowed those changes with particular significance.”

Furthermore, the writers of the Foreword ponder, “Given that nature was one of Van Gogh’s greatest preoccupations and a constant inspiration, it is surprising that his personal sense of connection to the seasons has never been explored in depth . . .” That void has indeed been filled.

Three essays tackle different perspectives of the role the seasons played in Van Gogh’s life and, by extension, his creative expressions. Van Heugten’s article dives right in to the nature of humanity itself as Van Gogh wrestled with and appreciated the questions of eternity, spirituality, and the endless cycles of life.

Not only was the portrayal of the seasons a very common subject matter, but for Van Gogh there was an underlying analogy that connected each predictably repetitive season to the predictably repetitive aging cycle. Seasons also correlated to emotional states ie: spring = joy, autumn = feeling of contemplation. This first essay links the development of Van Gogh’s artistic maturity with the seasons as well.

Greer’s discussion elaborates on the spirituality of Van Gogh’s paintings. Van Gogh was increasingly drawn to nature and interpreted it as God’s revelation of himself. According to Van Gogh, artwork, as representative of nature, did not need an overtly religious subject matter in order to convey spiritual concepts. The theme of the sower, for instance, may be just a simple peasant scattering seeds for his family’s future sustenance. But to Van Gogh, the sower was God, a symbolism more powerful than direct representation, if indeed a direct representation were possible.

To that extent, Gott’s article goes further into the controversy over symbolism and its use in paintings. Symbolism was all the rage at this time. It was thought that images, forms, and colors could be associated with ideas and emotions. The trouble with this approach was that symbols are culturally dependent. What creates meaning to the French might not convey the same meaning to the Dutch. And of course Van Gogh was a Dutchman working in France and differences of opinions abounded.

Each of these three articles is well-written, well-argued, and points to relevant illustrations. But it doesn’t end here. In fact, the fascinating meat of the book lies in the second half. Selections of Van Gogh’s letters—to his younger brother Theo, to his sisters, to his friends including Paul Gaugin and Emile Bernard—have their own section. In some cases actual copies of the letters show Van Gogh’s handwriting and the sketches he frequently included.

Another section contains Van Gogh’s biography. No breaking news here, but a solid reference which includes photographs from Van Gogh’s era. Yet another section offers examples of the prints which Van Gogh collected, studied, copied, and used for inspiration about composition, coloring, technique and texture.

The icing to this cake is spread thick in the four sections that chronicle the seasons of Van Gogh’s actual work. Chapters with page after page of full color illustrations on Autumn, Winter, Spring and Summer each trace Van Gogh’s artistic and, at times, emotional shifts over the years. These sections and the descriptive blurbs with each illustration are what make this book truly stand out. Sadly, the book does come to an end with Spring which, coincidently or not, corresponds to the end of Van Gogh’s productive life.

For Van Gogh aficionados, this book has plenty to offer and could even be considered one of the top must haves. For those just discovering Van Gogh, this is also suitable, providing just enough reference and background material written in an intelligent yet relatable tone. Although many well-known Van Gogh prints are not included here, it is nevertheless stuffed with beautiful reproductions pertinent to the topic at hand, the reader will not be disappointed by these thoughtful selections.