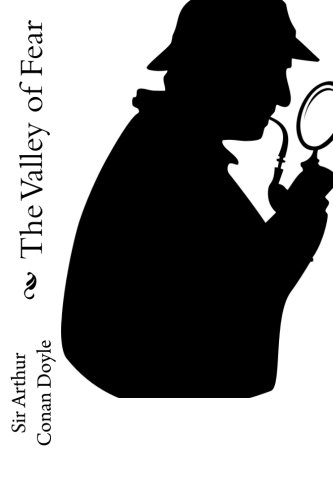 It is no secret that I’ve been a huge supporter of Hard Case Crime and their truly marvelous line of new and classic noir crime thrillers. So imagine my utter surprise when I learned they were going to be presenting, in their usually garish pulp packaging, a Sherlock Holmes book. The idea seemed completely insane, and I thought it was a mere marketing ploy to cash in on the release of the 2009 movie currently in theaters starring Robert Downey Jr. as Holmes and Jude Law as Dr. Watson.

Well, believe it or not, gimmick or not, this bizarre little suspense thriller actually fits Hard Case Crime’s line-up. It is a pulp crime tale from start to finish and one in which the Great Detective ends up playing a secondary role by the book’s end. That it is told in two halves is also unique and Doyle is clearly aping the early pop-boilers, which were often focused on evil secret organizations. In this case, they are an American coal mining union whose brotherhood has taken to using criminal means to gain the power they desire.

Into their midst comes a new “member” eager to rise in the brotherhood. As the group plots one act of brutal terrorism after another against any and all that would oppose them, the character’s descent into a living hell becomes intense and incredibly suspenseful. All this so called back-story comes in the book’s second half, long after Sherlock Holmes has already solved a particularly ingenious murder. How the two halves are reconciled and the grim denouement makes this one of Doyle’s bleakest tales. One I might never have bothered to read had it not been for this very original packaging.