Untold Night and Day: A Novel 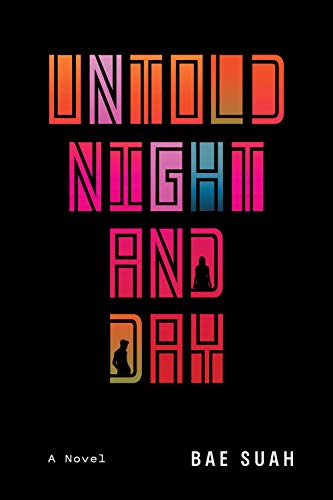 “Untold Night and Day is a deliciously complex novel that satisfies at each layer as the reader continues to decipher its codes and hidden meanings.”

Near the end of Untold Night and Day, the new novel from acclaimed South Korean writer Bae Suah, the main character, Ayami, captures the book’s surreal essence: “Just now, when we were standing in the middle of the square, I was startled to see the world vanish in front of my eyes. . . . extinguished without even a bang or a crack. It seemed as though my eyes had disappeared rather than the objects themselves.” It is the same Kafka-esque observation she made earlier during an apparent blackout and illustrates the fundamental problem of existence that the novel explores.

Ayami is a former actress who has of late been working in an audio theater, a small entertainment venue that specializes in playing recordings of dramatic works for an audience made up of blind people and high school students. She is sighted, but seems to stumble forward, uncertain of where she’s been or where she’s going, and when the theater unexpectedly closes, she’s even more lost. There are men in her life, however, and in her aimlessness she spends time with, or recalls spending time with, her boss, a man who may be her former husband or lover, and a foreign writer. She also seeks out the company of Yeoni, a woman whose identity is one of the novel’s many mysteries, but with whom Ayami is studying German.

The fact that the women are using a German translation of the great Persian novel The Blind Owl by Sadegh Hedayat as a text for their lessons may provide a clue to Bae Suah’s purpose in this work. The Blind Owl, first published in 1937, is about a craftsman who, in an opium-induced haze, reflects on the meaning of death and the re-occurring patterns of life. The paintings he creates on pen cases unintentionally reflect the scene outside his window and the painting on an urn he acquires from a junk dealer. In the end, the cycle of life and death is relentless and reality is called into question. In fact, it is never clear where reality ends and the painter’s dream begins.

Bae Suah’s novel is also filled with these re-occurring patterns, in a technique borrowed from Hedayat. These patterns are manifested in the descriptions of characters, such as these lines describing a visitor to the audio theater: “The man’s eye sockets were like sunken caves in his gaunt face, and his lips were dry. The capillaries webbing the whites of his eyes were alarmingly distinct, and now that it was late afternoon the shadow of a beard darkened his jaw.” Later, another man—or, at least, we think it’s a different man—is described in almost exactly the same language.

Another character: ”The girl was oddly dressed, in a plain coarse-textured white cotton hanbok, which gave off the strong scent of starch. Her thick black hair was secured in a low ponytail, and rough hemp sandals poked out from beneath the hem of her skirt.” Later, Ayami shows her boss a photograph of herself, and the narrative describes her in the same language and she is also depicted this way when she appears on a television show about family reunions.

The text also repeats other descriptions, including the humid weather (“hot air heavier than a sodden quilt . . . clogging your pours like the wet slap of raw meat”); a woman’s legs (“skinny calves corded with stringy muscle, pathetically small feet, and shoes that gleamed like new yet looked like cast-offs”); and a murder that may or may not have happened (“a nail driven into the crown of his head while he slept . . . and his corpse was hidden in the space between the ceiling and the roof”).

Like its Persian antecedent, Untold Night and Day calls into question our perceptions. At one point, Ayami meets her boss for dinner at a “blackout restaurant” in which guests dine in absolute darkness. Entering is stressful: “After all, this is the door to another world, to another form of sensory experience.” Moving from light into dark is crossing a threshold, then, like crossing into a dream, or into death. One of the men in Ayami’s life, Buha, says he wants to be a poet, but he does nothing about his desire. “Buha saw no contradiction whatsoever in the gulf between dreams and reality. (Otherwise why would we have to distinguish between them, calling a dream a dream and reality reality?).” For Buha and also for Ayami, the line between these planes of existence are blurred.

The English title of the novel is something of a puzzle, given the book’s themes. “Night and Day” is accurate, but the rest of the title might have been translated as “Secret” or “Stealthy,” either of which says more about alternate realities than does “Untold.”

That quibble aside, the book is a fascinating exploration of a dreamlike state brought on not by the opium of The Blind Owl but by more modern distractions and pressures. Untold Night and Day is a deliciously complex novel that satisfies at each layer as the reader continues to decipher its codes and hidden meanings.