Under the Palm Trees: Modern Iraqi Art with Mohamed Makiya and Jewad Selim 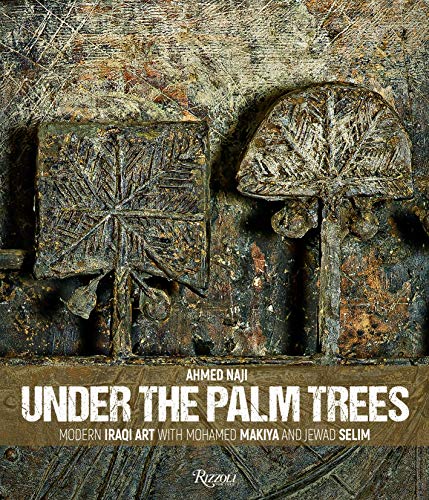 So much about Iraq has been destroyed over the last few decades. The country has suffered great indignities. Rampage, war, revolution, and still, to this day, misunderstanding on a global scale. How is a nation so far off its center and out of step ever going to recover losses, recoup dignity, regenerate common ground?

One of the ways it can achieve new life is by redeeming its identity through the arts and cultures, as nations including the U.S. have done in many a post-war era. Under the Palm Trees is an example of how art is encouraging a new way of thinking, bridging the gaps between the destructiveness of prejudices and the embracing of communities; between East and West; between politics, religion and philosophy.

Mohamed Makiya (1914–2015—yes, he lived to be 101 years old!) was an Iraqi national who trained in architecture in England and dedicated his life to the promotion of the arts, architecture, and the nation of Iraq. As he himself noted, “My Iraqi generation is unique in one respect at least: we have lived the medieval, the modern and the postmodern all in one life-span.” This statement plays itself out in the collections of books, manuscripts, ceramics, furniture, and artwork Makiya assembled, as well as the career that he pursued.

More than being just a documentation about Makiya’s art collection, Under the Palm Trees is making a statement about Makiya’s vision of Iraq, its traditions and its future directions. The story Naji presents gets at the heart and soul of a nation in severe angst over its position and circumstances. Makiya valued art and its ability to link the past, present, and future and is capacity to “transcend all prejudices and misconceptions.”

Iraq has a rich and diverse history on many fronts, but the arts as Makiya saw them, were in a unique position to unify, celebrate and encourage generation after generation in the spirit of national pride. Indeed, so much power is attributed to art that Makiya embraced its dominance in holding together the entire Iraqi diaspora via his Kufa Gallery in London. “Traditional continuity should not mean living in the past. It should be a question of the past living in the present for a better future.”

Naji takes the reader on a journey, walking side by side as Makiya added items to his collection. We start out in “medieval” Baghdad, the ancient part of the city where Makiya grew up without electricity, running water, or sanitation. Here he collected ideas and experiences related to folklore, celebrations, rituals, traditions, ancient stone foundations, and other family-centered formative influences.

We go with Makiya to school where he meets artists, philosophers, and new intellectually compatible soulmates. He partners with Jewad Salim in many creative projects and organized Iraqi artists to combine art with architecture in public building design. Makiya’s collection of Salim’s (and his wife Lorna’s) is extensive and beautiful.

Further sections dive into “modern” Baghdad, its art and architecture, symbols and symbolism, the ancient and the avant-garde, war and peace, art creation and looting. Everything during Makiya’s long career is couched in a pro-art reference without commitment to one side or another on hot debate issues. Heated topics are presented but very clearly the plight of the Iraqi people and the intelligence of the collective humanity takes precedence.

There are plenty of emotional triggers at stake surrounding the future of Iraq, but Makiya is pleading to us all from his resting spot “under the palm trees” to take the high ground. To put cultural heritage, collaboration, and common ground first place and to rebuild relationships with this as a foundation. Artists have the most potential to intertwine lofty concepts with mutually beneficial solutions and are a “repository of hope for a society.”

Under the Palm Trees represents quite an impressive collection with a clear and convicting message: “If people are not inspired by their art and history, they will only isolate themselves under multiple layers of victimhood, self-righteousness and conspiracy theories. Art is tolerance and openness, the much-needed qualities to resolve the challenges of today.”