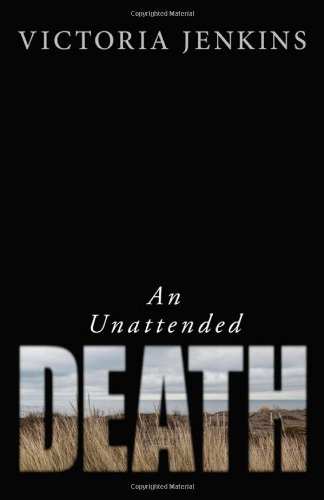 This is a cool book, not in the hip way or the frosty way, but in a low-amplitude, dispassionate way.

The main character, Detective Irene Chavez, is a cool customer: reserved and not easily ruffled, self-contained, and watchful. As such, she doesn’t connect easily with others and often feels left out. She is self-conscious about her mixed ethnic origins but acutely observant by nature so is good at her job, even while she doesn’t always seem suited for it.

In the unattended death of title, she’s on her own owing to the small size of her rural Washington police department, the other detectives’ commitments to other cases, and her boss being on vacation. So when a body washes up in a marshy area on the coast of Puget Sound, Irene is the only one available to respond.

At first, the death looks like an accident. Vibrant and privileged Anne Paris had been sailing in the family boat, as she regularly did during summer vacation at the family compound, but this time got caught in rough weather and smacked by the sailboat’s boom.

As Irene starts investigating, however, she recognizes that details don’t add up. She’s likely looking at a murder. “Anne, loved by everyone,” she comes to realize, “was loved too much.”

Everyone in the family—and many people outside it—had some form of love-hate relationship with Anne, giving Irene a long list of suspects. She spends much time with the Parises in order to sort them out, fascinated yet repelled by the class difference between them:

“She had to remind herself not to be too impressed by these people. Most of the time as a cop or a deputy sheriff you dealt with lowlifes, the sad edges of society, and it was going to be a challenge to probe and inquire into the genteel, educated, opaque Paris family. . . . these people reminded her of who she was and where she’d come from, a sawyer’s daughter from a backwater milltown.”

Now widowed, from a cross-cultural marriage, and alone with an adolescent son just starting to find trouble, Irene can’t seem to overcome a sense of inferiority. This remains a quiet irritant throughout the book, like sand in one’s shoe.

Irene also makes mistakes that show her inexperience, such as allowing herself to get assaulted while jogging. The reader can see it coming a mile off, and it makes Irene look unbelievably naive for a police officer. The incident also doesn’t do much to advance the story.

Nevertheless, Irene knows how to be a detective and does a fine job investigating the murder unaided. She makes hard decisions and both anticipates and accepts their consequences.

What catches her by surprise is a new man, the incoming prosecuting attorney, whose viewpoint the book dips into now and then. His personal interest in Irene starts to break through her carapace, so that she feels “A bird fluttered in her chest, then closed its wings” as grief and cynicism begin to fade and hope to emerge.

Overall, An Unattended Death has a moody, melancholy feel from a combination of gloomy but vividly evocative place descriptions and emphasis on the sordidness of human nature. The mystery is interesting and moves along at a cool but steady pace, making it hard to put down. Irene’s straightforwardness and reluctance to change make her refreshingly human. If Ms. Jenkins continues with this character, she’ll have a series that will likely draw loyal followers.