Turned On: Science, Sex and Robots 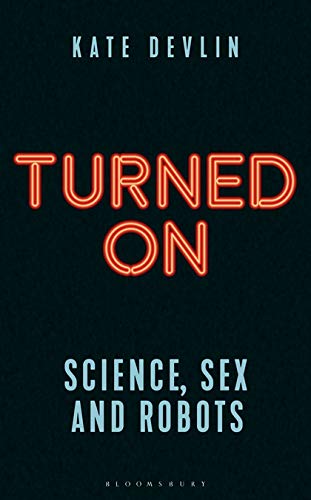 “Those willing to look at the human sexual condition and how it may be affected by the emergence of mechanical sex partners will find a fascinatingly deep dive into this subject in Turned On.”

The time-honored aphorism “sex sells” began in the advertising industry but has also been applied to many elements of literature, cinema, and entertainment—think Fifty Shades of Gray, Lolita, The Story of O, Lady Chatterley’s Lover, and countless movies including Last Tango in Paris, Basic Instinct and 9 ½ Weeks just to name a few. Even a cursory exploration of sexuality shows that sex can be viewed from multiple perspectives including erotica and pornography, personal “how-to” books, and as seen through clinical and research perspectives, such as The Kinsey Reports and Masters and Johnson’s Human Sexual Response.

Movies have dealt with mechanical/robotic sex for several decades beginning perhaps with Woody Allen’s orgasmatron in Sleeper followed by Westworld, Austin Powers, Blade Runner, Ex Machina, and Artificial Intelligence. There have been however relatively few books that attempt to explore the issues of human-robotic sex in an organized, scientific fashion. Turned On by Kate Devlin attempts to fill that void and does so admirably.

The author writes with wit and perspective about a topic that has been on the periphery of society for a number of years, but is becoming increasingly real with the advent of sophisticated computers and artificial intelligence.

The text is rigorously scientific, at least to the extent that this topic has to date been researched. The author describes many of the current devices, which are anthropomorphic, i.e. have human characteristics. Some provide not only sexual gratification but also companionship if put into “fun” or “entertainment” mode.

Building on the science and the philosophy surrounding our most intimate relationship with technology, the book forces us to look more closely at our own psychology. What is the distinction between the three brain systems at play in sexuality—romantic love, sex drive, and longer-term attachment? How does desire affect our own behavior? Can we become attached to an inanimate object? Will society be better and/or more problematic as robots provide pseudo-human sexual gratification? Will robotic sex be a potential comfort for lonely, isolated, socially awkward, aged, or handicapped individuals or, as the author suggests, be utilized by many mainstream humans. Articles and research papers are presented that defend robot sex, challenge it, and consider the possibility of future intimacy with robots.

This book will not be for everyone. Whether a reader is repulsed or titillated by the concept of mechanical sex, it is present in 2019 and will only become more prevalent and sophisticated. Those willing to look at the human sexual condition and how it may be affected by the emergence of mechanical sex partners will find a fascinatingly deep dive into this subject in Turned On.