Tumbling Toward the End 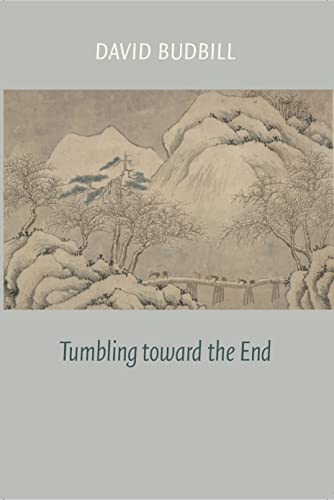 This last book by poet, playwright, fiction writer, musician, David Budbill has all the deserved resonance of one’s "last words." One senses here the author’s deep awareness of aging and death, as well as living fully. Stricken with a rare disease that took him last year, Budbill shares his sense of struggle for acceptance of death; yet, like all of us, he struggles between life’s refreshing beauty and his own bitter-sweet farewell. In “Anguish and Beauty” he laments directly:

the anguish and the beauty

Yet in other poems the lament is blended with a joyful celebration of life’s simple beauty. This is best suggested in his poem, “Shucking Corn”:

I was shucking corn this evening

in the 40s, yet it’s still early August.

of this evening is almost too much to bear,

And maybe because of that, I wonder

In the evening, in the still air, in this gentle

Budbill is best when the images, tone, and meaning match in a rhythmic way, the repetition here so like the shucking process of opening, wiping, and casting away.

Tumbling Toward the End is perhaps his most Zen book of poems, and he is one of our finest American Zen poets as his many books from Copper Canyon attest: Moment to Moment: Poems of a Mountain Recluse (1999), While We've Still Got Feet (2005), Happy Life (2011). He was also a frequent poet on Garrison Keillor’s Writers Almanac.

In "Taoist Poem" in just three lines, he gives the essence of such clear writing: "Just this/ then that/ then the other." Though his hermitage was in the green mountains of Vermont yet mixed with jazz flute performances in the big city, he captures the Zen sense of directness and simplicity. Many of his poems pay tribute to his Zen models of Li Po and Ryokan. In so many poems there is a bare bones beauty of nature speaking to us, and the poet simply there to listen and record.

In “Reply to My Peripatetic Friends” he offers:

I go the waterfall

and listen to the water fall.

I sit on a rock

and stare at the sky.

I watch my self disappear

into the world around me.

Budbill, who had trained at Union Theological Seminary and later received his doctorate, traded it all for the rural confines of Vermont. Enlarged by his reading and meditative practice of Zen, his writing is searingly poignant. He passed away in September 2016 from a rare form of Parkinsons Disease, and so his Tumbling Toward the End becomes a last fine blessing upon us. Don't miss it.