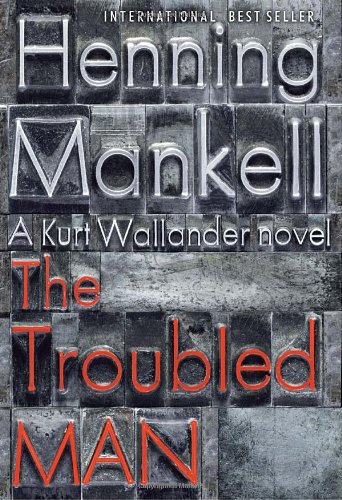 On a winter day in 2008, Håkan von Enke, a retired high-ranking naval officer, vanishes during his daily walk in a forest near Stockholm. It seems that the retired naval officer has vanished without trace.

The investigation into his disappearance falls under the jurisdiction of the Stockholm police. It has nothing to do with brooding detective Kurt Wallander—at least, not officially—but von Enke is the future father-in-law of Wallander’s daughter Linda, and that makes it personal for Wallander.

A few months earlier, at Håkan’s 75th birthday party, Wallander noticed that the old man appeared uneasy and seemed eager to talk about a controversial incident from his past career that remained shrouded in mystery. Could this be connected to his disappearance? When Håkan’s wife Louise also goes missing, Wallander is determined to uncover the truth.

And so, with his inimitable disregard for normal procedure, Wallander is soon interfering in matters that are not his responsibility, making promises he won’t keep, telling lies when it suits him—but always seemingly getting results. But the results this time hint at elaborate Cold War espionage activities that seem inextricably confounding, even to Wallander, who, in any case, is troubled in more personal ways as well. Negligent of his health, he’s become convinced that, having turned sixty, he is on the threshold of senility. Desperate to live up to the hope that a new granddaughter represents, he is continually haunted by his past. And looking toward the future with profound uncertainty, he will have no choice but to come face-to-face with his most intractable adversary: himself.

Of all the Wallander novels, The Troubled Man is by far the most personal and poignant in this classic and compulsive series, with Wallander finally showing that hidden emotion that he has always refused to acknowledge. Officially, The Troubled Man is being touted as the grand finale or swan song for Wallander. Millions of fans around the world will be hoping that isn’t true.

An extraordinary and fitting series finale by one of the few living masters of the genre.