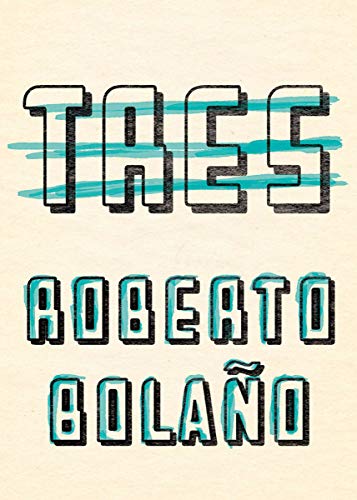 A series of prose vignettes, an extended verse poem and a sequence of short meditations form the three sections of this bilingual collection.

The first and longest section, Prose from the Autumn in Gerona, reads like a series of scenes in a movie—an experimental European one—in which a narrator living in the Catalonia region of Spain reflects on his life and a nameless woman.

The narrator is a familiar Bolaño creation that, as with so many of his literary personas, reflects the life of the author: a Chilean who has come to Spain via Mexico, an illegal immigrant, a poet imbued with a sense of alienation.

Words, phrases, and images repeat themselves to create a shifting verbal “kaleidoscope” (one of the recurring words) that draws the reader inward.

“Paradise, at times, appears in the general arrangement of the kaleidoscope. A vertical structure covered in grey blotches. If I close my eyes I’ll see dancing in my head the reflections of helmets, the quaking of a field of spears, that thing you called jet. Also, if I cut the dramatic effects, I’ll see myself walking through the plaza by the cinema towards the post office, where I won’t find any letters.”

The next section, The Neochilians, is a verse narrative telling the adventures of a young band traveling through Chile and across the border into Peru.

It is peppered with proper names of band members and those they encounter and the place names of the towns they visit. Straightforward narrative is interwoven with philosophical musing.

It opens with the lines:

“The trip began one happy day in November,/But in a sense the trip was over/When we started./ All times coexist, said Pancho Ferri,/ the lead singer. Or they converge.”

Finally, A Stroll Through Literature is the most uneven section of Tres, burdened by an aimlessness that makes it seem as if it was just thrown together—a few lines on each page that are sometimes not all that interesting.

However, there are moments:

“In these ruins, father, where archeological remains are all that’s left of your laughter.”

Señor Bolaño’s writing can haunt, exposing tears in reality and shifts in perspective and there is plenty in this collection to satisfy those who have already been hooked by the late Chilean’s occasionally flawed but always stimulating output.