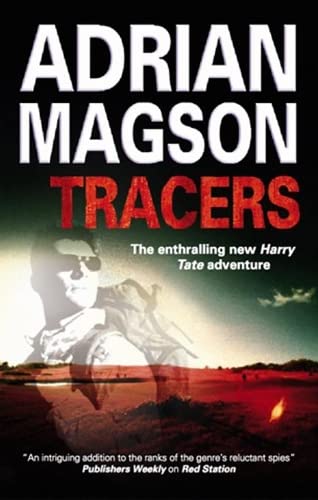 In western Baghdad, a suicide bomber blows up a fortified house, killing everyone inside. In Norfolk, England, a runaway Libyan banker is assassinated. Different events, half a world apart, but very closely linked. Former M15 agent Harry Tate, having survived a rogue Intelligence plot to kill him, is now working in the private sector, but “carded:” retained by the Intelligence world to carry a weapon—just in case they need him.

“He (Harry) strolled back to the Saab and climbed in, taking a ten day-old copy of the Telegraph off the back seat as he did so. He’d already tried the crossword but wasn’t in the mood. He flicked through the pages for something of interest. Another
bombing in Baghdad and the death of a so-called major Iraqi figurehead; a critical setback to the handover of full power, according to the leader writer, who was clearly deluded enough to believe that one man was all it needed to solve the problem. Harry felt a surge of relief that he was no longer a part of that whole sorry mess. All in the past, thank God.”

Of course, just when you think the past is the past, it has a strange way of catching up with you in the present, and making it part of your future, as Harry is soon to discover. He is soon hired by a government fixer to find two runaways. He successfully tracks them down, only for both men to be promptly murdered. Despite serious misgivings, Harry is persuaded into a third assignment, this one to locate an Israeli professor suffering from trauma. But the man is not who he seems, and for Harry, hot on his trail, things start to go very wrong indeed.

Those readers disinclined to read spy novels, for whatever reason, should seriously consider giving Tracers a try. Mr. Magson’s tight and muscular writing is a delight to behold. Harry Tate is an excellent warts-and-all character; smart and courageous, yet without the smugness of George Smiley, or the soulnessness of robotic Jason Bourne.

Tracers is an intelligent read, fast-paced, with more twists and turns than a high-octane roller coaster. It’s sure to add more fans to Mr. Magson’s ever expanding fan base on this side of the Atlantic.