The Time Between: The Sequences of Minor White 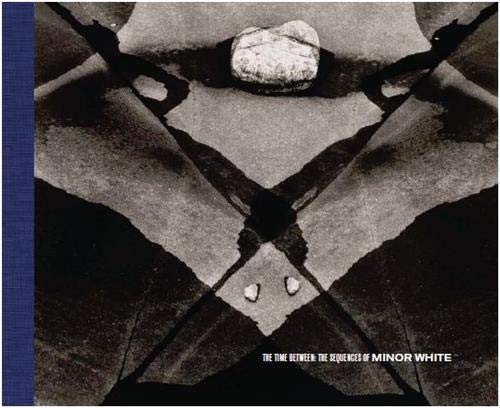 Minor White was a poet, writer, educator, curator and photographer whose impact on photography was immeasurable. White, along with Ansel Adams, was a dedicated practitioner and teacher of the Zone System,* and together with Alfred Stieglitz, Edward Steichen, Edward Weston, and Beaumont and Nancy Newhall, was a major influence in elevating photography to a fine art.

Whereas Ansel Adams’ work is large, representational, and easily appreciated by the public due to its emphasis on nature, White’s photographs are much more personal, smaller, and more like black-and-white paintings in photographic form. Many of his compositions are purist abstraction, simplicity akin to a visual Haiku, with an emphasis on tonalities dominating graphic forms.

It was White who expanded on Stieglitz’s concepts of Equivalence and stated, “When the photographer shows us what he considers to be an equivalent, he is showing us an expression of a feeling. But this feeling is not the feeling he had for the object that he photographed. What really happened is that he recognized an object or series of forms that, when photographed, would yield an image with specific suggestive powers that can direct the viewer into a specific and known feeling, state, or place within himself.”

During the period when White worked as a photographer for the Museum of Modern Art in New York in 1945, he met Nancy Newhall who was organizing a retrospective on Edward Weston. White was intrigued by her juxtaposing of Weston’s images. For him the installation was a revelation. It was the inspiration for his concept of “sequences.”

The book, The Time Between: the Sequences of Minor White, is divided into sections, a sequence per section: the Temptation of Saint Anthony Is Mirrors; the Song Without Words; These Images; Fourth Sequence; Fifth Sequence, Portrait of Young Man As Actor; Mendocino; Intimations of Disaster; Rural Cathedrals; Sequence 16: Steely, the Barb of Infinity; Sound of One Hand; Sequence 1968; Totemic Sequence; and Jupiter Portfolio. Each of these sections is tastefully separated with a vellum page with white title text, and two of the sections are treated as a facsimile of the original comb-bound photo books.

The sections Fourth Sequence; Sequence 16: Steely, the Barb of Infinity; Sound of One Hand; and Totemic Sequence are filled with exquisite abstractions.

White’s photography encompasses a wide variety of categories including portraiture, street photography, landscapes, and abstraction. All of the images in this volume are black and white, printed on a lovely semi-matte paper that features a high degree of dynamic range from stark whites to deep blacks and delicate mid-tones.

White’s fascinating philosophy of photography, the subliminal aspects of seeing and perception, the sequential display of images and their impact upon each other depending on their sequence, and his far-reaching influence on his students are thoroughly examined in the book.

The book also features essays “The Time Between Photographs in Minor White’s Sequences” by Andrew E. Hershberger, “An Affinity of Exhibitions” by Deborah Klochko, and an in-depth discussion of White’s work with Klochko, Laytin, and Upton, who knew him personally.

The Time Between: The Sequences of Minor White was originally an exhibition at the Museum of Photographic Arts in San Diego.

*The Zone System was developed by Ansel Adams and Fred Archer as a way of optimizing photographic tonalities recorded on film. Simply put it is a precise way of measuring exposure in the highlight and shadow areas of a scene, and adjusting the photochemical process of film by over- or under-development in order to expand or contract the tonal scale. The end result is a fuller depiction of tonal values from very dark to stark white.