Throw Me to the Wolves 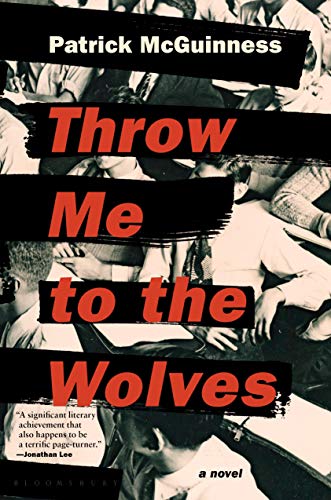 “Throw Me to the Wolves is a powerful story of media manipulation and how otherwise decent people can be corrupted by the power of money and influence.”

Today was becoming all too surreal for London detective, Alexander “Ander” Widdowson. Over the years, he had stared at many a face across the table from him in the interrogation room at police headquarters. Had someone told him that one day he would be looking into the face of Michael Wolphram, he would have laughed his head off at such a preposterous suggestion. Yet here was the prime suspect, his former English teacher from exclusive boarding school Chapleton College—whom he hadn’t seen in over 30 years—nervously eyeing him a few feet away, waiting for the questioning to begin.

And not just any old set of questioning . . .

A few days before Christmas, a young woman was brutally murdered, her body stuffed inside a garbage bag, and discarded to the elements and beasts near the river Thames. The time of year, and age of victim combined to make it headline news—especially from the tabloids who were having a field day, tying to out-do each other in grisly headlines. The grislier the better for sales, and to hell with facts and truth. Head of the lynch mob is journalist Lynne, a hack for the Evening Post, willing to pay money for dirt of Wolphram. If the dirt is made up, payment will still be made. Just make the story original and seedy.

Wolphram, is an eccentric loner: intellectual, shy, a fastidious dresser with expensive tastes. He likes opera and foreign films with subtitles—the perfect candidate as a murderer, according to the media. Also, he was the young girl’s neighbor. Even when asked a simple question about his childhood, at the initial part of the interrogation, the answer given is unfeeling, almost robotically matter-of-fact:

“I didn’t have a childhood. I think of it more as a childhood-themed infancy. I mean, there were plenty of toys, but my relationship with them was more curatorial than anything else—I was more like a museum attendant than a child. I polished them and looked at them and put them away. I stacked and tidied them and laid them out. But did I actually play with them? I don’t think so.”

As the story progresses, we watch Wolphram’s media lynching as ex-pupils and colleagues line up to lie about him.

Widdowson’s partner is Gary, the bad cop part of the “good cop/bag cop” team, with cynical phrases and nicknames flowing constantly from his mouth. To Gary, the so-called evidence is overwhelmingly against Wolphram. However, for Widdowson, the evidence is manufactured, and seeing Wolphram after all these years begins to open up wounds for the detective, forcing his memory back to a very dark time as a young student in Chapleton College, when a young student went missing, never to be found.

Throw Me to the Wolves is a powerful story of media manipulation and how otherwise decent people can be corrupted by the power of money and influence. There are two stories entwined Throw Me to the Wolves. Wolphram’s and Widdowson’s. McGuiness masterfully brings the cases together in an intelligent narrative, both emotional and poignant.