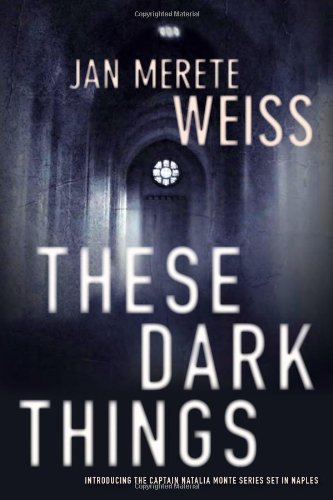 Gina Falcone is the last “bone cleaner.” Her job is to prepare the bones of the dead for the second burial, an ancient practice traced back to the glorious days of the Egyptians.

When Gina goes to the local monastery’s catacombs to collect the bones for cleaning, she discovers the corpse of a beautiful young girl. The victim turns out to be Teresa Steiner, a young and brilliant college student from Germany. She has been brutally stabbed in the heart, yet not even a single drop of blood was been found near her body.

Captain Natalia Monte of the Carabinieri (military and civilian police) is brought in and quickly assigned to investigate, along with her partner, Sergeant Pino Loriano. Quickly Natalia attempts to gather as many pieces of this bloody puzzle while the crime scene is still fresh. But the more questions she asks, the more questions keep charging at her like raging bulls.

Could the killer be a professor the student had been sleeping with? A blind monk who loved her? Or perhaps a member of the brutal Napolitano criminal organization, the Camorra?

As Natalia pursues her investigation, the crime families of Naples go to war over garbage-hauling contracts; and all across the city heaps of trash pile up, uncollected. When one of Natalia’s childhood friends is caught up in the violence, her loyalties are tested, and each move she makes threatens her own life and the lives of those she loves.

And what of the mysterious bone cleaner Gina Falcone? What secrets—if any—is she hiding?

There are mysteries aplenty awaiting the reader in this riveting and complex debut from Ms. Weiss:

“The murderer killed her in the street near a shrine,” Natalia said. “Carried her through a locked door into the church and down a narrow passage into the crypt beneath. Yet forensics hasn’t found so much as a drop of blood along the route, none in the tunnel descending to the crypts. Not a drop, not a smudge, although at least the killer’s hands must have been bloody, his clothes stained. And no one saw the assailant come or go.”

Ms. Weiss captures the reek of Naples, of blood fusing with the stench of neglected garbage and everyday filth. Corruption touches everything, from Church to academia to government. Natalia is a formidable character with just the right amount of flaws to keep her human rather than the preposterous superhuman detectives we sometimes come across in crime novels. The adulterous college professor, the mysterious blind monk, and larger-than-life mafioso—all add to the delightful trail of suspicion, as does the bone cleaner herself.

The depiction of the atmospheric underground and era is darkly captured in a wonderful exposition of the written word. Forget the exotic location of brochures; this is a gritty true-to-life rendering of Naples during this time period.

Patrick Süskind’s beautiful if somewhat creepy, Perfume, comes to mind many times as this story gathers steam. It’s clear that Ms. Weiss did extensive investigating into the local history of Naples, lending the book an added taste of authenticity. She has managed to cram into 200-plus pages what other less skilled writers would take 400 to accomplish.

An impressive start from what looks to become a compulsively readable series.