The Adventures of Hotsy Totsy 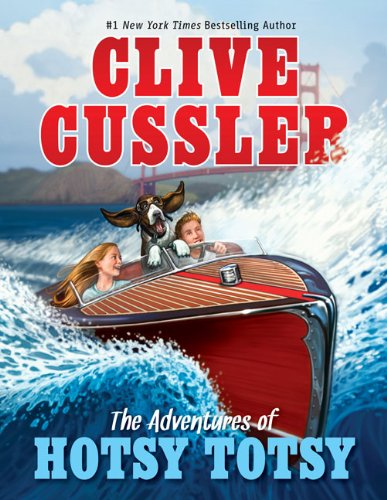 When field worker Sucoh Sucop shows up at the Nicefolks’ farm looking for work, Ever and Ima Nicefolk hire him. In payment all they can offer him is a place to sleep and meals. He sleeps in the barn and every time ten-year-old twins, Casey and Lacey Nicefolk enter there, they feel something mysterious in the air.

After the harvest is completed, Mr. Sucop shows the children what he has been doing at night. Swearing them to secrecy, he produces a machine he created that makes little things big. When the children first use the machine, they transform a toy tractor into a real one, which Casey and Lacey tell their parents Mr. Sucop had left them as thanks for their hospitality.

The children next change a model airplane into a real one and fly over the countryside, returning it to its original state upon their return. When Casey shows Lacey a poster advertising a national power boat race, they decide to use their magic machine on Casey’s model boat and enter the race. The race just happens to be held the weekend when their parents are to be out of town.

Taking the model boat, Sucop’s machine, and their dog Floopy to the nearby river, they transform the model into a powerboat named Hotsy Totsy, and head to San Francisco. The miracle boat has the power to cut through waves, rise above the water, and can go extremely fast. Right before getting to their destination they are startled when a black boat roars out of nowhere, cutting in front of them.

When they register for the race, the officials tell them children are not allowed to enter, but that does not dissuade them. Meanwhile, the guys in the black boat recognize the twins from a previous run-in with them and decide to kidnap them. They have just robbed a San Francisco bank and are hiding out at Alcatraz; so that night, they snatch the children off their boat moored at the marina and take them to the prison where they throw them in a cell. Floopy manages to drive the boat to the island to rescue them. Once back at the marina, the children call the police, giving them the robbers’ whereabouts.

The next morning dawns with forty-two boats lined up for the race. Hotsy Totsy sneaks into the quay. Roaring through the tedious course, the children and Floopy have the time of their lives. Making headway with overcoming the other boats, they encounter several obstacles that prove their true grit.

The Adventures of Hotsy Totsy is a suspenseful tale filled with adventure and fun that will delight many youngsters.