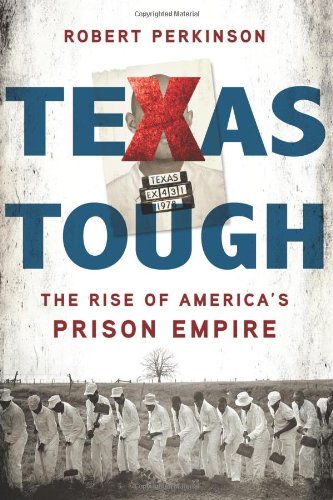 It’s doubtful that anyone would wish to take the position that a modern American prison is the perfect example of a rehabilitative environment. Yet Professor Robert Perkinson takes approximately 500 pages to argue that a prison is not the best representation of a “forgiving society.” That’s fine, but this reviewer wishes that at least half of this large tome had dealt with solutions rather than simple issue spotting. Finding problems is the easy part, finding solutions —applying innovative social engineering—is the tough part and is missing from this quasi-legal brief.

Texas Tough is highly documented with source materials, and yet academic knowledge is not the same as practical experience. At one point in his Conclusion, for example, he disparages “high-tech uberprisons like Pelican Bay in California,” as not being socially friendly (prisons like this are “regimented lockups” in his view). I saw no indication in the Notes that Mr. Perkinson has visited Pelican Bay; this is an end-of-the-line facility for the most violent of hard-core repeat offenders. It is not meant to serve as either a Club Fed or cozy community college.

What would Mr. Perkinson do as the administrator of such a facility?

One of the most interesting aspects of this book (and the first half is much harder reading than the second due to some obtuse language) is the application of The Law of Unintended Consequences, popularized by the sociologist Robert K. Merton. This principle is often referenced in law schools as litigation and legislation-based reforms may produce products that surprise their sponsors. Due to court-ordered reforms in the state of Texas, for example, the author notes that prisoners are now “as plagued by tedium as toil.” But their death rates are much lower. These two points don’t seem to support his case very well.

If one has never read a book about the U.S. correctional system, then this might make for an interesting, if sometimes overdone, introduction to the subject. It is hardly light reading. In fact, it is sometimes a slog through a muddy field.

This reviewer is hopeful that someone follows up this survey work with a constructive and solution-based approach to what Perkinson dramatically labels as “America’s Prison Empire.”