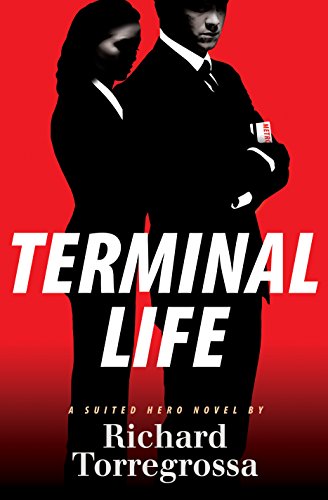 “The tension and breakneck pace begin on the first page and refuse to relent until the very last. Noir with originality and a unique twist.”

Within a few lines of Richard Torregrossa’s hard-hitting new novel, the reader is plunged into a world of mystery, mayhem, and murder.

A woman is attacked in an office by a man seemingly looking for a job. She has kept him waiting for 20 minutes, and within seconds of the interview coming to its conclusion, she is dead, her throat cut neatly and expertly by—of all things—a Metro Card:

“He slashes her neck with the sharpened edge of the Metro card. The gesture is so quick and surgical that it makes a perfect incision—so perfect that it seems not to cause pain nor even draw blood at first, just surprise, but when the blood rises to the surface, it comes fast and fluidly. She presses her hand to her neck, but the blood oozes through the interstices of her fingers. Droplets fall onto his resume . . .”

A random killing by an enraged man, mentally unhinged? Or something more precise and sinister?

Luke Stark, a Special Forces veteran suffering from post-traumatic stress disorder, returns home from the hell of a second tour in a foreign land, to an even bigger personal nightmare on his own doorstep: His wife, Crissy, has been brutally murdered, shot in the face by a robber, and his young son, Jack, has mysteriously disappeared without trace.

As if that isn’t a terrible enough tragedy for any single human being to contend with, he has recently been diagnosed with cancer—Hodgkin’s lymphoma. To make matters worse, he refuses treatment even though the cancer is in its embryonic stage. Almost as if he is on a guilt-trip or death wish, blaming himself for what has happened to his family.

Plagued with depression, guilt, blackouts, and uncontrollable bursts of anger, he ends up lingering in a VA psychiatric ward, pumped up with tablets, medication, and dark thoughts of suicide.

Finally released back to the outside world but still unable to cope, Stark takes little time to sign himself into a so-called shelter with only two things on his mind: revenge and finding his son. It is this urge to kill that paradoxically gives him the motivation for life, that and finding Jack.

The New York shelter is not the safest of places, even for a man who has become accustomed to violence and its aftermath. The place is populated not only with vulnerable homeless people, but also those who make a living out of preying on the unfortunate. Strangely, Luke prefers the danger forever luring in the place, than the danger outside in the other world he inhabits occasionally. It’s in the shelter that his only friend, Suggs, coexists, fighting demons and alcohol from his own personal battles. More than once Luke drags his veteran friend out of the gutter, literarily and figuratively, as well as looking after him in the shelter.

Yet while most of the people in the shelter are dressed in filthy clothing and rags, Luke wears an immaculate, expensive suit. It makes him stand out in the shelter like a beacon in the darkness.

His obsession with the suit and looking smart at all times runs parallel with his single-mindedness in trying to find those responsible for destroying his family. It’s not too long before he earns the nickname: The Suited Hero.

With time ticking quickly away, Luke figures he needs at least a year to bring closure and justice and so decides to begin where Crissy was murdered: Nostrand Avenue, over in Brooklyn’s Flatbush area, where Crissy’s mob-connected Uncle Paulie runs a chain of locksmiths to cover his money laundering operations.

While Uncle Paulie and wife Marie appear to be glad to see Luke after all this time, appearances can be deceiving. There is a guarded wariness surrounding them. Why? Have they something to hide? Or simply shocked at his sudden appearances, out of nowhere? And what of the lovely Laura, brought in to replace Crissy? What secret is she hiding? Does she have the answers for Luke, about Crissy and Jack? Or will the secrete be so shocking it will bring what little time Luke has remaining to come crashing down upon him?

Terminal Life: A Suited Hero Novel is the first in a fascinating series of planned books featuring antihero Luke Stark. The tension and breakneck pace begin on the first page and refuse to relent until the very last. Noir with originality and a unique twist.