The Tenth Muse: A Novel 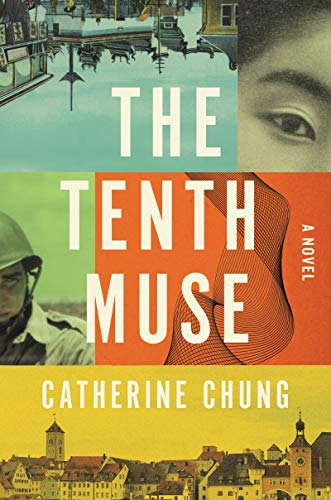 “The Tenth Muse reminds us of the great injustices done to women in a male-dominated world.”

The Tenth Muse will shake your views on female success in male-dominated work sectors and make you see the bigger picture. Here is a novel that is so real it hurts at times.

What matters most to Katherine in life is to succeed as a mathematician and show her brilliant talent to the entire world. “All my life I’ve been told to let go as gracefully as possible. What’s worse, after all, than a hungry woman, greedy for all that isn’t meant to be hers? Still, I resist.”

As a child in the 1950s, Katherine grows up with a distant mother who loses herself in nature and appreciates the beauty of life. Her father is a war hero who likes to tinker on various scientific experiments and encourages Katherine to think outside the box.

When suddenly Katherine’s mother vanishes in tenth grade, Katherine begins to question her origins and roots. “The truth is crippling,” she writes at a young age, “It does not set us free.” Thus begins her life-long quest to excavate her family truth and bring peace to her mind and spirit.

When she finds herself motherless, Katherine turns to one obsession: become a world-famous mathematician and solve the greatest mathematical unsolved problem of her time, the Riemann hypothesis. Yet she overlooks two important hurdles: She is Asian, and she is a woman. In a misogynist, xenophobic country, will Katherine manifest her greatest dreams?

When Katherine gets accepted to university in math, she receives a lot of sexist comments from her male peers. “If you were a man, you’d have a brilliant future ahead of you,” someone says to her when she’s an undergraduate. One student even copies her notes and gets away with it, just because he’s a man.

The story becomes more charged with tension when Katherine falls in love with a handsome older math professor, Peter Hall. His brains are exactly what Katherine is looking for, but is this relationship destined to hit the same hurdles she is up against time and again?

Being close to one of the world’s greatest mathematicians opens doors to Katherine that were closed before. Yet she continues to feel stranded on her island, apart from the world of mathematical genius. In parties, she stands outside of the conversations, listening, hoping to be included.

As Katherine battles her way uphill in the world of mathematics, the author takes us on a journey from America to Germany, where some more answers can be found about Katherine’s origins. Strangely, it is in another country that Katherine experiences feeling part of a group. “The truth is I feel freer here in Germany than I ever did back home,” she tells her new friend Henry.

In this newfound happier life, Katherine unfortunately has to sacrifice something very precious to try to build a name for herself, and this sacrifice will come back to haunt her for the rest of her life.

The Tenth Muse is not a smooth, easy-going, light novel. It brings the reader on the bumpy hard path of truth and sacrifice, blood ties and betrayal, human injustice and forgiveness.

The author Catherine Chung carves out a beautiful tribute to female mathematicians, such as Hypatia, Emmy Noether, Sofia Kovalevskaya and Maria Mayer. She exposes their challenges and sacrifices clearly, and celebrates their achievements through the eyes of Katherine, who is deeply indebted to their works.

The Tenth Muse reminds us of the great injustices done to women in a male-dominated world. Yet the truth is never just black or white, there are shades of gray, and Katherine reflects these shades as she realizes she perhaps had other choices to make.

“There is the story you think you are living in, and then there is the invisible, secret, unguessed-at core of that story, around which everything else revolves.”

Nora Caron is the award-winning author of The New Dimensions Trilogy series of spiritual novels.