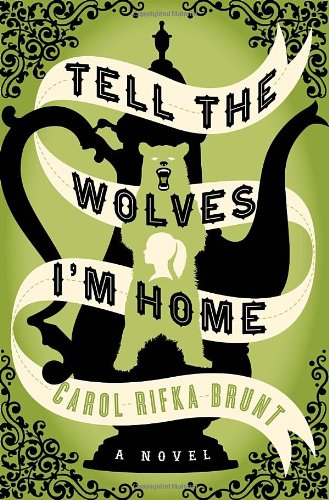 The over-harvested themes of first love and lost souls are plucked and shaken up in Tell the Wolves I’m Home, Carol Rifka Brunt’s hugely intelligent and moving debut novel.

Through the eyes of 14-year-old June and the language of a talented author, these twin themes are almost exquisitely painful in that inexplicable way a thing of unexpected beauty—a piece of music, a baby’s smile—can pierce your heart and leave you breathless.

It’s 1987, and on the surface all is as it should be. June is just an average, if slightly off-the-wall American teen, albeit with a fixation on all things medieval. Her average hard-working middle-class family lives an average life in an average New York suburb.

Bubbling under the surface though is something that is not so average. And when June’s favorite uncle—the far-from-average artist Finn—dies following an illness that is only beginning to be whispered about, the family members’ lives will never be the same again. And as June comes to realize, “once you know a thing you can’t ever unknow it . . .”

Then a beautiful china teapot arrives in the mail and leads the grief stricken youngster into a secret and risky friendship with a stranger. Ultimately June learns that her love really does have reasons for existing—and that out of profound grief it is possible to resurrect joy.